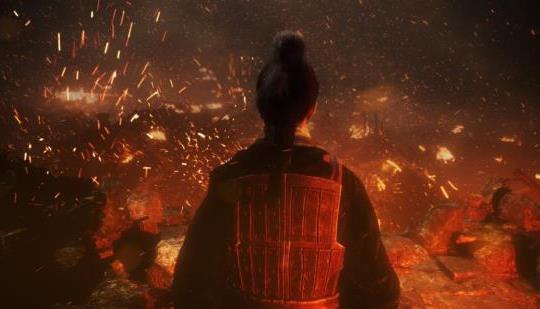 From IGN: "Thirty minutes after I started playing, my impressions could be summed up with one word: "hard." I've finished most of Team Ninja's recent games like the Nioh series and Stranger of Paradise: Final Fantasy Origin, but I couldn't help but be astounded by this title's difficulty when I first picked it up. Let me state right here, though, that while this isn't a simple game, you'll instantly be drawn in by the dizzying high-speed action on display once you get used to how it works. Wo Long: Fallen Dynasty adds new systems to its masocore base to create impressive Chinese martial arts-themed combat. While the game had me wailing and groaning at first, by the time I was three hours in, my brain was pumping out so much dopamine that I couldn't put my controller down. Let's talk about what exactly this game is like. I should also note that this demo was played in single-player on the PS5 with a DualSense controller.

The game begins with character creation, with both male and female options available. Character modeling in the game is extremely high-quality, and you'll be able to fine-tune various settings such as facial outline, eyebrows, eyes, pupils, nose, mouth, hairstyle, skin, facial hair, and makeup. Even after picking a facial outline, it's possible to customize the smallest details like forehead placement, cheekbone placement, and even cheekbone definition."

Article is a waste of time. Based on the demo it IS Nioh 3, just re-branded with a new name. Gameplay is almost identical to Nioh 2 (they added a jump button), the character creator is taken directly from Nioh 2 (as in 95% identical), the graphics look the same as Nioh 2 (assuming it is largely the same engine and assets). If you liked Nioh 2 (I loved it) you will probably like this, it is more of the same.

The demo is really cool. If this comes out, I might buy it.

Wo Long: Fallen Dynasty is Ready to Rise Up | COGconnected