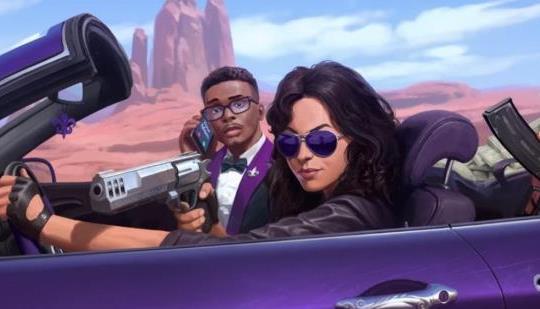 VGChartz's Paul Broussard: "I'll close with an anecdote of sorts. I designed my custom character’s appearance in Saints Row to look like “el Donte” from the DmC reboot, due to the availability of a certain mustache. This wound up being unintentionally appropriate, as both games were reboots that nearly no one asked for and largely wound up being reviled by their respective communities for how much of a tonal departure they were from their original series. Like its Capcom reboot brethren before it, this probably isn’t a bad game if you approach it as its own thing, independent of any of the expectations created by previous entries. But as a Saints Row - and presumably the thing that is designed to replace the previous installments going forwards - it leaves a very bitter taste."

Written like someone who never played the first two games.

mastershredder66d ago (Edited 66d ago )

Yeah this is more of a "I'm so clever reviewing something I'm not really paying attention to but rather listening to myself banter on and sniffing my own farts. Blah, blah blah... Now I'm calling the game Tofu because it's bland and because of industry trends and things that annoy me"..... Seriously please shut up game-karen-snowflake. VGChats where did you find this self-absorbed wonder?

I think using the word Tofu as a descriptor (and your high-on-you-own-farts definition) fits you well Paul.

Were was the review?