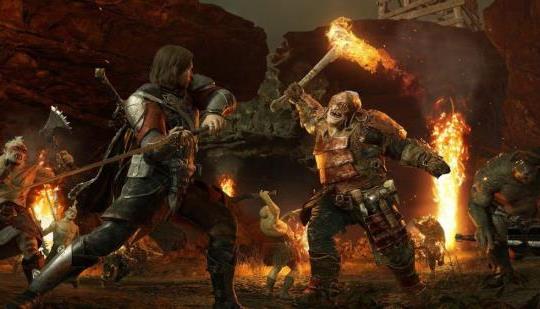 Here are 10 RPGs with great combat, including widely-known titles like Elden Ring and some of the lesser-known gems.

What would you say they're missing in particular? I'd say all the ingredients are there, NPCs, sidequests, consequences of actions, level grinding. Fully customisable gear with a lot of depth.

Quite a lot is missing. What you listed could be mistaken for an action adventure or any game with few rpg elements.

The story and world is fleshed out and not left to the imagination too much. Of course we still imagine certain things but they are well established and take full part in the story arcs. Which means not just world setting with bosses and lore through tidbits.

There's so so much more to it. I'm just being super brief.
Not many actual RPG's lately.

Dragon Age, Witcher etc are proper rpg games and many many older title.

That does not mean Soul's games are not rpg like, but they are closer to RPG Lite.

RPGs without player agency, outside of just character build and combat, don't really feel like RPGs for me.
They're just action games.

It's why I don't consider most JRPGs actual RPGs.
I'm just building a character and throwing it into your linear world.

I'm not discounting those games for what they are. I just don't feel they actually fit being called RPGs when player agency over the world is at a minimum.

I'm not sure how much of that is important to a game being a true RPG and how much is just what you personally like, I still think From games very much qualify even if they don't deal in certain clichés.

"Lore through tidbits" is technically accurate but it does the games a disservice. Yes it's delivered uniquely but the lore in their games goes deeper than anything else and shouldn't be underestimated.

''Lore through tidbits'' cannot guide you through an orchestrated range of emotions.

RPG will get close to role playing that fictional reality and drop into the world's story and you are usually emotionally affected at every turn, choice, outcome. Your connection with the story, its characters and your mentally constructed version of that reality is a lot deeper and stronger as well due to the depth and breadth of the rpg creations.

Not just fear and awe.

Also its not just what I personally like, I like all kinds of games.
It's the heritage of RPG games and all the foundations of rules and systems whose goal is to create an invisible veil between reality and illusion and allow you to partake in all of that illusions systems.
The thinner the veil, the easier to role play.

It's my type of RPG and fun as well. Some RPGs takes the fun factor out of it but I won't name those game's because a lot of fans will think I'm trolling. Witcher 3, Souls games, Final Fantasy, Knights of The old Republic, Mass Effect, Horizon Forbidden West, Persona 5, Tales games, and Oblivion (the best Bethesda game) is my favorite RPG games. I prefer third person RPG games though

I love all of those listed, honestly. But I still think Bethesda peaked with Morrowind and Fallout 3.

''Lore through tidbits'' cannot guide you through an orchestrated range of emotions.'

The point I'm making is that there is a series of core technical things which makes a game an RPG on a basic level and From games meet all of them. Anything else that people feel is missing is a matter of taste and personal experience.

There's no right answer to what is an RPG. A game can be a legit RPG and have a very different focus to another game in the same genre.

Its not exclusive. Might want to read the rest.
It is not about taste and personal pref,experience etc. The rpg term being coined and used for a long time has a basis. Learn it. Many can fit the rpg spectrum, but there is a spectrum and souls is on the lighter side.

Souls is an rpg but rpg lite, coors light lite.

Here's a definition of an RPG I found which seems fair enough.

"Defining RPGs is very challenging due to the range of hybrid genres that have RPG elements.

The ability to improve your character over the course of the game by increasing his statistics or levels.

A menu-based combat system with several choices of skills, spells, and active powers as well as an active inventory system with wearable equipment such as armors and weapons.

A central quest that runs throughout the game as a storyline and additional (and usually optional) side quests.

The ability to interact with elements of the environment or storyline through additional abilities (e.g. lockpicking, disarming traps, communication skills, etc.)

The existence of certain character classes that define the characteristics, skills, abilities, and spells of a character (e.g. wizard, thief, warrior, etc.)"

That's a From game whether you like it or not. Not so much the ability to interact with the environment but the depth of lore and world building more than makes up for that.

I think you've got a rigid image of what an RPG is in your head and you can't see past it.

Yup Soul's games are Coors ultra lite in those asepcts.

While the RPG RPG games are heavily fleshed out on most aspects and beyond on some.

Double RPG hey, you're inventing a new genre. There's nothing light about From's games in fact the opposite is true they're thematically rich and dark and dripping in more interesting lore than any series of games I've played.

If you think From games only touch lightly on the five classic RPG features that I posted then you don't know what you're talking about. There's nothing light and fluffy about their upgrade systems or their storytelling.

Maybe they're not to your taste because you prefer things to be spelled out but their subtlety doesn't make them any less of an RPG.

Yup that's what Soul's games are.

Grow up, nobody destroyed anybody and if they did it certainly wasn't you. No, I don't have an alt account never have for any forum I've been in. Thanks for the discussion.

Funny thing is, I actually don’t enjoy Souls combat at all. The world and exploration is all I really like. It’s not even that it’s too hard, I don’t mind grinding and learning, just like I would do for a JRPG or many other games. Just don’t feel like it’s that fun after 5-10 hours of fighting.

The lack of Kingdom Come Deliverance is upsetting.

This is a good choice, although I would argue playing this game on a console or controller completely eliminates it from the discussion.

I have it on both the PC and Xbox. It's better on keyboard/mouse, but I don't think it's bad on a controller.

Not a bad list at all. The only one I haven't played there is Mortal Shell, but all the other games are great choices, with Shadow Of War and MOTHERFUCKING KING SHIT SUPREME DRAGON'S DOGMA as my personal favorites there.

So hyped for the h sequel

No. They're good at letting you in on the story. If you have it on GoG/Steam some minor stuff carries over, but you don't really need to play the older games to fully enjoy the third.

I do recommend playing the second game in general though. It's really good. I love the original, but it's really antiquated by today's standards. I think you could only fully enjoy it if you played it back when it released. Also has some pacing issues.

Unfortunately I've only got a ps4 and I dont recall TW2 being available on the platform. I guess I could watch story recaps of both 1 & 2 on youtube or entire walkthrough if need be. Thanks for clarifying. You're alright 😁

I would love to see exactly why I'm getting the downvotes.

I don't actually care about them, I just think it's obnoxious being I didn't say anything I don't find true.

That's why the voting system shouldn't even be. You get a lot more information from actually verbally stating your point, thus actually adding to the conversation, than just hitting a nothing button.

At this point, don’t bother. Watch a couple YouTube videos to get caught up.

I will do that, thanks

Whilst the game itself was somewhat flawed, I absolutely loved the combat system in Final Fantasy 13.

The term “RPG” is so obscure nowadays it’s hard to know whether to consider a game an RPG or Action-Adventure or whatever. Every game has upgrade systems, equipment, crafting, stats, etc. and all of them You’re playing a character or characters that are immersed into a world. I mean that’s essentially the definition of RPG.

And honestly I love Dragon Age Origins but the combat system of that game and the entire series has been the least fun thing about each game. Don’t understand how that makes this list. There have been plenty of other RPGs that have far better combat systems.

No Game Has Taken A Bigger Risk Than Nier: Automata

Here are all the Golden Joystick Awards 2022 winners