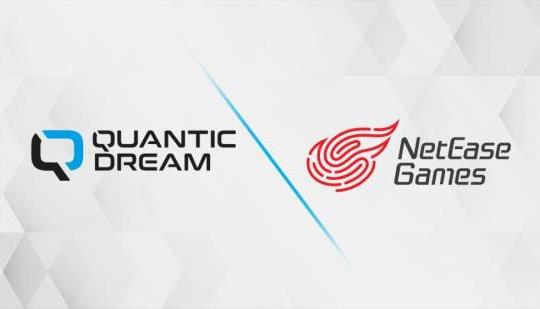 I always thought Sony would acquire Quantic. They’ve made so many Sony exclusives.

But this is the worst, too many Chinese corps buying international studios.

The games industry big 3 of the future won’t be Sony, Microsoft, Nintendo - it’ll be Microsoft, Tencent and another US corp - perhaps Amazon if they enter the industry seriously and start buying things like EA.

Can someone please tell me why is it bad if Chinese company buy a studio than let's say any other country? they will still make games right?
Edit: I really don't know the context/hate behind every article to be quite honest with you, so genuinely asking someone to explain.

@solid
I don’t know about full games but I can give you a example of a mobile game transformers earth wars have 2 versions one is western done by space apes and the other done by a Chinese developer, the Chinese version is way better than the western version by a long mile giving free stuff and ideas to the point that the western is now copying the Eastern developer to keep the game “fresh”.
Eastern developers give compensation for down time
Western developers don’t compensate for down time
This is just one example of that game by no means I’m saying one is better than the other outside that mobile game in particular.
As always there’s going to be good and bad developers on both sides

Outside of the fact that companies such as NetEase and Tencent are funded by the CCP, a major issue is the notion that Chinese multinational corps can seeming buy up stock or even force a hostile takeover of a foreign entity (if they're publicly traded) because they have the funds to do so. Yet, an outside entity wouldn't be able to do the same to them because their government (CCP) won't allow it.
It's not an even playing field. You're not going to see MS, Sony or Nintendo buying up any Chinese companies anytime soon.

I was going to try to explain the issues had, but Zw did so more solidly than I probably could.

People make a big deal about Microsoft making large acquisitions, but they have to jump through hoops to make them happen.
People should be really scared of these giant Chinese companies. They have a lot of money and a lot of power.

It's why you see so many companies bend the knee to that market. Not just in games, but also I film.

It's why I'm so happy an acquisition happens and Tencent isn't attached to it.

thank you guys for explaining it. I am not sure why am I getting so many disagrees over a question lol

Do you want every game to be flooded with micro transactions? Do you want the Chinese government in charge of your games? I don’t.

The CCP is known to heavily sensor anything they dont agree with. We dont want that kind of censorship to become prevalent in the games industry!

The third could be embrasser group

I could see that happening, but I could also see them being an acquisition target for someone like an Amazon. Imagine how many IPs you'd get for one purchase.

By revenue and profit, the biggest gaming company is Apple. The future is now.

Super Massive games is next 😞

Super Massive was actually already recently acquired. Luckily not by the the likes of Tencent.

They're owned by Nordisk Film. Same company that owns Avalanche (Just Cause).

I'm not surprised. They've been going through some serious legal and pr trouble. It was just a matter of time before someone made them an offer.

Man all these Chinese Government backed companies using up everything. My question is, what is their angle?

Microsoft President: The FTC suing us over Activision would be a "huge mistake"