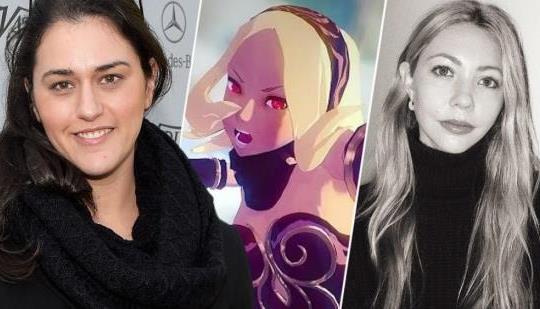 PlayStation Productions and Scott Free Productions have launched development on Gravity Rush—a film based on the 2012 action-adventure video game of the same name.

hmmm... I mean if it's anime it could work. I have a hard time envisioning it in live-action.

Why are they making shows/films based on IPs they abandoned? First Days Gone now this, why?

Like I often say, every 2-3 months, I'm bitching about what Sony did to Japan Studio and Gravity Rush.

This is annoying, honestly.

I loved both Gravity Rush games but I honestly don't see how you can blame Sony for leaving the franchise alone after the second game. It was good business sense, sadly the games simply didn't sell well enough to warrant the risk of developing a 3rd game.

To me, my gripes are with the way Sony is handling shelved IPs versus best sellers. Sure, Gravity Rush is super niche. But the problem I have is that those games are punished for not selling well. Compare that with high profile IPs that sell a lot. They get PC versions to reach a wider audience. I guess what I want to say is that those games were already commercial successes and it seems a little backwards to not make an effort to expand access to those niche titles to PC if we're already going there, y'know? Games like Horizon and Spiderman did damn well on PS4. Certainly. But I also think the PC audience is incredibly diverse and games like Gravity Rush would perform much better on PC. It's just disappointing to see them give up on games that didn't do well on their original platforms and disband the studios, but make PC versions of system sellers.

I don't know. I just feel that, if Sony is going to put their games on PC, why not give gems like Gravity Rush a chance at a second life and keep the studio around? Their games aren't really what I would call big budget, so what harm does it do to allow them to remain?

@DarXyde I could actually see that happening. In fact the faster Sony could convert more games to PC the better for their bottom line. But, logictially, since they are primarily using an inhouse specialist to ensure QOL in their PC ports there is only so much content they can put out at once and this is going to cause them to prioritize their bigger releases. I want to see them expand the Nixxes team so that they can work on more projects at once. Right now we know of 5 games in the PC port pipeline. So there is going to be a bit of lag getting them out. And clearly, Sony don't want to burden its other console studios with handeling PC ports. And in some cases, like with Gravity Rush, the studio doesn't even exist anymore.

I am hoping that the movies do well so that Sony might greenlight a sequel game for both of them. In my opinion both gravity rush games are great and only thing that held back Days Gone was the slow pace in the beginning but afterwards the world opens up and it's a great game and both these IPs deserve a sequel.

Spot on. The first 5-10 hours is a bit slow weapon & skill wise and the bike died fast and was slowish especially if you didn’t know where to get gas . After 10 hours or so you start getting upgrades and cool weapons and your bike can travel farther/faster it was an awesome game. I think most reviewers didn’t get past the 8-10 hour mark and reviewed it off of that plus there were some bugs At launch but they fixed most of it fairly quickly

The same reason why they keep making all those awful Marvel movies. Capitalize on the demand for more of these games, make some low effort/low budget movie, waste most of the money on advertising, profit. I worry for how the GOW, and SoTC movies will end up.

Maybe they get more interest in the games through movies and we get sequels . If it works out that way I don’t care how many movies they make

Days gone could work well as a series imo but I get what you mean.
Hopefully days gone is a massive success to green light another game.
I think it's great all this gaming into movies or TV series tbh and think they should have done it long ago ie heavy rain would work well, ratchet TV series or Bloodborne TV series etc.
Having said that it's important to remember some will turn out better than others and some might be just crap.

Wow they really going ham on these films

Sony Pictures is not like Sonys Gaming Division, they are idiots, they couldn't even get Spiderman right without backing off the MCU and now you have Spiderman-less spin offs, Venom was meh, Morbius was awful and we have Madame Web, Kraven, Silk and more coming out.

The films based on the Spider-Man-rouges are likely pumped out so Sony Pictures can maintain its Spider-Man film license. I’m surprised Sony didn’t just sign a production deal with Marvel Pictures. Sony could have produced Spider-Man and other associated films for Marvel as part of the MCU. While Marvel Pictures handled the story and overall narrative direction.

Madame web? That would be ridiculous and comical if they release that

Oof... should just be an anime. Live action ain't everything.

I'm sure this will be a blockbuster...
Uncharted could have, essentially, been Indiana Jones, outside of the name, and they both couldn't make a solid movie, nor respect the source material.

Can't wait to see what this manifests as.

Rather have an anime . Live action movies are the worst they ever have been in my lifetime . Some are good but most aren’t worth the time imo . If it’s good great hopefully we get sequels to the games . If it isn’t it doesn’t bother me as I’m not really a movie person these days.

please be cgi or anime, please no live action

Man these games are so good and interesting! It's a shame they didn't make a big enough splash :/ Don't know about a live action take on the franchise though.

No new games to show. No sequels to the games we want, but here's this remake of a remaster and 10 new shows for franchises we should be making games for?! Sony is losing touch. Big time. This is going to prove wasteful.

I would've expected Netflix to make this. Sony making it hmmmm 50/50 it's woke trash depending on who's creative power takes control. Either way I don't see this being a good live action movie. Keeping it anime would've been better I think.

The Story of Gravity Rush: The Series That Never Took Off