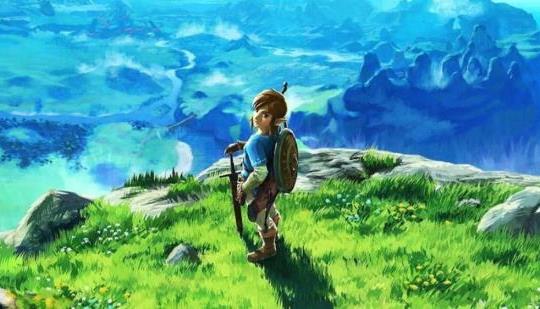 The best Legend of Zelda games experiment and tackle new grounds for the industry. These are the essential titles in the series you need to play.

I am a huge Zelda fan and love them all, but for me Ocarina Of Time is the greatest and my second all time favourite game after Final Fantasy VII.

You sir, have good taste in games :)

I also love all of the Zelda games but I adore Windwaker (Specifically the HD version on WiiU) most of all. It is a close run thing with Breath of the Wild though.

Special mention to Cadence of Hyrule too, what an awesome spin off title that was!

Cheers Spuds, yep i love Windwaker too, beautiful artstyle, and i loved sailing and finding all the secrets out there.

Brilliant top 3, would love a MGS1 remake that has been rumoured.

Yup, hard to argue with that top 3 squire, some quality games right there!

A Link to the Past, Ocarina of Time and Wind Waker etc is better than Breath of the Wild.

I respectfully disagree, but they're all great games.

I enjoy both. I understand why some people aren't fond of it but for me it was a breath of fresh air that I really needed. I'd become so burnt out on unimaginative games and BotW sort of made me appreciate games again, as weird as that may sound.

Those are not traditional Zelda games

What point are you attempting to make? At no point did I say that OoT didn't have any of that. However, the level of exploration and sense of adventure are vastly different between OoT and BotW.

Breath of the Wild is overrated as shot, Wind waker is much better.

I’m a Link to the Past guy.

Majora's Mask still holds as my favorite to this day, despite being the black sheep of the series.

It’s such a good game!

I love them all, but Wind Walker, Link to the Past and Minish Cap are my favorites

Link to the Past was so, so good! Those chickens though! 🤣

All I can say is that BoTW ruined the series for me because the freedom in it's open world, so it's hard to go back to some of the more modern Zeldas. With that said, BoTW isn't even half a Zelda game and far from the best. If the next game can capture the darkness of OoT and MM and the gadgets and combat of TP and do abit of the Oracle, MC, and LttP then it might just be the best in the series.

"I wanted to create a game world that conveyed the same feeling you get when you are exploring a new city for the first time. How fun would it be, I thought, if I could make the player identify with the main character in the game and get completely lost and immersed in that world?"

I would say that BoTW is the Zelda game that comes closer to the idea Miyamoto had when he created the Legend of Zelda IP and it was something that the team behind BoTW strived to do.

I am currently playing though OoT3D for the first time, with the original OoT on N64 being my personal favorite game of all time. If they can marry the openness of BOTW with the dungeon style of N64, with BOTW2, whew boy!

I've been having this conversation with my 21 year old daughter. I introduced her to Zelda at a very young age and now she is obsessed, wanting to go and pay though all the stuff she missed.

She's been playing her way back through the catalog. After beating Breath of the Wild and Twilight Princess a couple weeks ago, she asked me what she should play next. I said to go for A Link to the Past. It's amazing to me how well that game has held up! Water bearing it so many times, I still have so much fun with it.

After that I told her to play A Link Between Worlds, Ocarina, Majoras Mask then Wind Waker and Skyward Sword. After that if she's not burnt out, tackle the GB Zelda's and Links Awakening on Switch.

That got me thinking though. Why the hell hasnt Nintendo released the 3DS Zelda's, especially Ocarina and Majora remakes on Switch?! It's high time for a Zelda collection on Switch. With all of that stuff included. Screw more remakes, just give us the remakes they've already done all on 1 cart!

I have so many memories playing Ocarina of Time

BotW was/is the Game of a Generation. If anything can top it, it's BotW2.

This is the way.

Wind Waker and Minish Cap are my favorite and Four Swords Adventures deserve a mention as well.
I loved Toon Link style so adorable and expressive.

Wind Waker was probably my favorite. Link to the Past I find myself enjoying once every so many years and it amazes me how well it holds up after what... 30 years. I've played nearly every Zelda game. Ocarina and Majora's Mask were great but they don't have something that Wind Waker and Link to the Past have for me. Not sure what it is.

My favorite was a Lonk Between Worlds. The innovative game play was a lot of fun. Plus the ending was in my opinion the best of the bunch. Matter of fact that ending is what we need a lot more in the world today.

I feel like many people missed out on this one, which is unfortunate because it is so damn good! I really hope they release some kind of Switch Zelda collection with all the Zelda games made for portables over the years. The Ocarina and Majora remakes are by far the best way to play those.

That would be sweet, definitely something they need to do.

Amazon Slashes Up To 63% Off On Select AAA Games