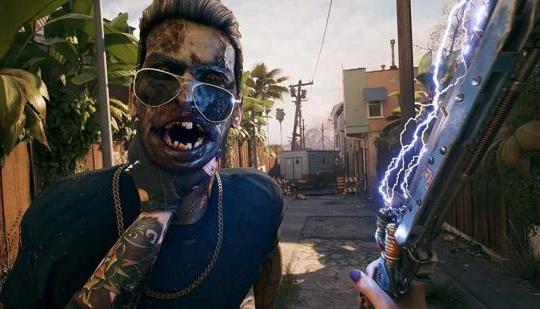 It appears that we might have our first look at Dead Island 2 soon as the pre-order for the game has gone live for various platforms on Amazon.

Seems like a Gamescom reveal is in the cards.

I'm interested but after the absolute car wreck that was the launch of the first game I'll be waiting a little bit first.

After 8 years since it's reveal, I honestly never thought this was going to see the light of day at this point. I'm definitely intrigued.

It's disappointing that there's no current gen version, only last gen. If this was a JRPG or something, I could see that. But how serious can I take this as a AAA game when it's only for last gen consoles? Plus, I don't really like the new box art, I preferred the the original one they had.

This is the current day Duke Nukem Forever at this point.

I think this game restarted three times and changed developers two or three times. I didn't even realize it left Sumo Digital when they had delayed it repeatedly (same time they had Crackdown 3 and Team SONIC Racing delayed too).

I see its only listed as last gen, surely they would not be stupid enough to release this in 2023 and not have X/S and PS5 versions.

PS5 and X/S pre-orders were also up on amazon.

Wow I didn't expect to ever see this. I thought it was a dnf scenario let's hope it has a happier ending

It's probably going to be a hot mess, but the LA setting has always been intriguing to me. I hope that it turns out decent at least! Looks like a good Gamepass/PS plus game.

So Dead Island is no longer set on an Island and now its based in LA.
From i can work out, all of the homeless have turned into Zombies (so that's a shitload).
With the main protagonist being a progressive feminist as the leaked bio's refer to them as 'They/Them/It' etc etc.

Dead On Arrival Island. Its a massive shame as this game is being down the road from here in Nottingham.

What main protagonist? There's 6 characters you can choose from..

The original sucked anyway. And on top there was no way to stop the awful camera swaying/bobbing whatever when moving.

Ah wasnt the best but i enjoyed it in co-op and luckily you could change that on PC.

Who do you voodoo, b*tch

Finally! Worth the wait!

This is likely going to end up pretty bad.
Even Dying Light 2 ended up disappointing with a bunch of issues, and that's their flagship series now.

Now we have this ghost of a project, several devs working on it (which always works out so well), that they show little of after almost a decade of development. I actually called Dying Light 2 coming out scuffed, and I wasn't exactly wrong. I feel like this is going to be a trainwreck.

I hope it does well, but it might be that its chance has come and gone. Will check it out if it lives up to its promise.

No, you're right. There was a 2nd Dead Island game. It was called Dead Island: Riptide. It continued right where the 1st game left off. I'm assuming thats why this one is being called Dead Island 2. Because Riptide was still part of the other game? Still dumb in my opinion. They were both stand alone, full games. So this one should be Dead Island 3, even if it is all new characters.

I wonder if the goat sim guys knew that this game was coming back and it was the reason why they made the trailer that way lol.

Day one for me, loved the first one on COOP.

Dead Island 2's Combat Might Make the Wait Worth It