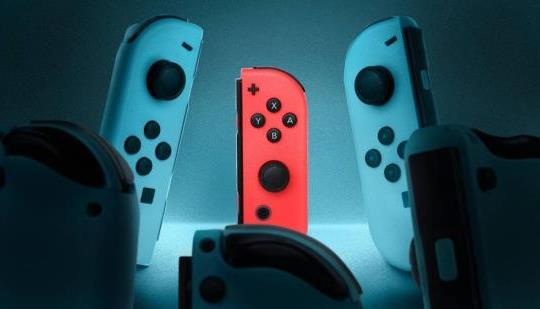 Horror story of young women working at Nintendo of America..

Well one of their most established characters is named Princess Peach. Just saying.

They posted lude memes in a non-work chat group about pokemon and genshin. I know how you roll Kotaku, don't pretend your group feeds aren't way more scary.

It doesn't sound that bad, they should have thicker skin.

Agreed. These women need to get over themselves. I'm so tired of these people crying wolf every time somebody looks at them cross-eyed.

I'm sorry but I'm at the point with this stuff where I need to know what these women are considering "sexual harassment." It's getting to where women are calling anything and everything "harassment" these days. #believeallwomen? I don't think so. More like #showmetheevidence.

So asking a woman what colour her panties are isn’t sexual harassment? Did you skim read the article or something?

Depends. Was it said just once or multiple times? Did the woman tell them to shut up and stop with the ridiculous questions and they continued beyond that? If it was a one time incident, I wouldn't consider that "harassment." Crude? Yes. Unprofessional? Yes. Is it the worst thing I've ever heard said to a woman? Good lord no! Not even close! Would I consider it "harassment"? Only if it was done more than once, after the woman requested that they stop. THEN and only then would I categorize it as harassment.

I literally had an older woman lean over from behind me on multiple occasions at work resting her breasts on my shoulder. I've had women pinch my ass, call me names, squeeze my arms... I wouldn't call a single instance "sexual harassment", so yeah, getting what their definition of sexual harassment is under the microscope is a good place to start the discussion. Humans by their very nature are flirtatious especially in a mixed-sex workplace, we all have different definitions of what constitutes "harassment" as well as "flirtation", and pretending otherwise is doing a disservice to the conversation and any potential positive outcomes.

The time of unbridled outrage at the start with no details is over. We've moved on. Either figure out how to have a discussion and keep your wits about you or get left in the dust.

I mean, depends? Some women even say simple flirting is sexual harassment. Any environment with men and women, there'll always be something flirty/sexual going on behind the scenes. This isn't just Nintendo, it's literally everywhere else lol.
Companies should really just have cameras everywhere and women should avoid prettying up perhaps? Anyone can say they've been sexually harassed, make up stuff, and accuse etc, you need evidence. Everybody has a phone that can record video and audio, use it.

The Depp trial proved women can't simply just be believed and sided with right away. Men can be victims as well.

Who pooped in your bed?

Guess I needed a sarcasm tag.

"women should avoid prettying up perhaps?"

Yikes, way to casually blame the victim in there.

Those aren't the same thing. I have been sexually harassed by women at every job I had except one. It's not fun. It's not a fantasy and it doesn't make me homosexual because I didn't give in and like it. The comments here are so out of touch.

The idea: believe the victims is meant to make it safe for them to come forward. It's really hard for them to not blame themselves. But when your boss is their friend, then what? They work in an industry that functions very much quid pro quo.

I complained and was asked if I was a "f-g." Once my boss found out, I got moved down. In my industry, I couldn't go to another workplace without his influence impacting my career.

Being sexually harassed makes someone feel like filth. It's not just something you can "brush off" or "quit."

Most of those commenting here have never been sexually harassed.

It's a mee... Mario! Waa Hoo! Now search Ron Jeremy Super Mario on Google, select images.
Look, a bug!
OMG, let me see
Oh my, it's big
We gotta take action, at once!

sounds to me like they didn't mind it, otherwise they would have done something about it like... stop working there? report it? or maybe... the story is bullshit?

It's so obvious how many people here didn't even read the article. It was pretty long but it's a very serious topic, that warrants serious discussion. Not "concerns" that were already addressed in the article.

riiiiiiiiight. we all believe this.......