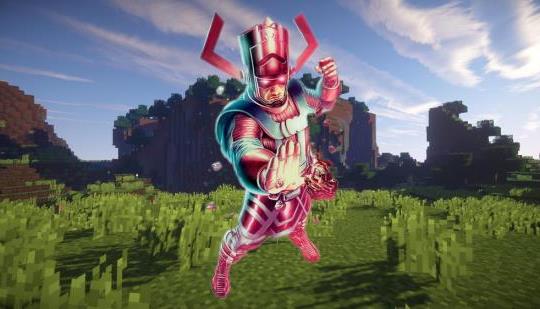 Minecraft map has finally been completely mined, after five years

Adhttps://store.steampowered.com/app/1488200/Symphony_of_War_The_Nephilim_Saga/?utm_source=n4g&utm_medium=native&utm_campaign=sow_n4g_native&utm_content=png
- Comments (28)+ Comments (28)
TopNewestOldest
The story is too old to be commented.

Could say the same for someone with 798 comments on N4G. But as long as you enjoy what you do and it's not hurting anyone, what does it matter?

That is how I feel when I play Power Wash Simulator, it may appear like a waste of time but it so satisfying for my mind!

798 comments that take a minute over the course of years isnt much; sitting there mining a stupid game instead of playing a real game is a major difference. You're trying to justify those kinds of people who write their name 2 million times. it isn't me so whatever, but it's sad that the person had nothing better to do. 45 million blocks is just insane.

Have you tried clearing in Minecraft?

Of course we’re all happy if he is happy, but it is a pretty empty experience.

5 years of it is unfathomable for me.

Not only has clearing a Minecraft map never been done before, but he's also a YouTuber with 25K subscribers. Which means he's making money off of it. You're not making any money posting toxic opinions on N4G.

so what you are saying is what I feared even more than the original article.....people WATCH him do this

Big talk for a dude making comments in the comments section of a preview of a gaming article. Why do people feel the need to crap on other people? Life is so simple, my dude. If you don't have any interest in this, then why are you here and why are you taking the time to comment about it? At least this dude enjoyed what he did. You're spending your time wallowing in something you don't like and have no interest in. Someday you'll see that makes you the loser, not this dude. And please tell us all about all of these "important" and "cool" things you've done with your life to put yourself in a position to define those for others. I pity people like you, I really do.

Someone’s mad they got called out

Mr. Beast started out doing this kind of stuff. Counting forever, fidget spinnering forever, etc.
This is how you get rich people!

I admire his determination. But holy crap that would be incredibly boring.

only admire it if it was something useful or cool

I dunno. Just that he was so determined to do something so boring and repetitive for so long. Kinda wish I could be half as determined when it comes to some things. lol...

Dude... stop commenting on this post. This is like your 5th one I've seen and I'm only 2 comment threads down. We get it. You don't care about the achievement. Just leave.

lmao I say that to my one friend who studies inputs/combos for fighting games; I told him if he put that determination into real life martial arts, he'd be a badass lmao

LOL! This clown thinks studying martial arts makes you a "badass". Way to miss the point.

I agree with you. I was just talking to my BJJ professor yesterday about how long it took him to earn his black belt. 13 years. I've met people who have played Elder Scrolls online for the past 8 years, some of them daily players more or less (That's literally thousands of hours of time dedicated to a single game). If you train in BJJ 5 hours a week, you be be tough in just a few months, not to mention a few years.

If these gamers just took 3 hours a week out of their time and applied it to a practical skill (doesn't have to be fighting), their entire life would change for the better. In fairness, it doesn't involve any real risk to press buttons on a controller as opposed to getting occasionally injured and choked out 10,000 times on your way to a blackbelt.

Oops, somehow I left the wrong link. The link I meant to leave was a famous quote from Joe Rogan about the practical use of BJJ.

Guess he's really determined to keep his virginity.
Probably waiting for marriage or something.

And to think if he spent 10% of that time at the gym he might have something to show for his ‘hard work’.

Yet here you are watching it, reading about it and commenting about it. Imagine if you spent that time doing something useful. The concept of irony hasn't quite sunk in yet, eh chief?

I mean he does, he's probably the first person to ever accomplish this, and he's a growing youtuber who is making money doing something he loves. But yeah, a six pack would be totally more useful.

Minecraft Live 2022 Is Bringing Back the Popular Mob Vote