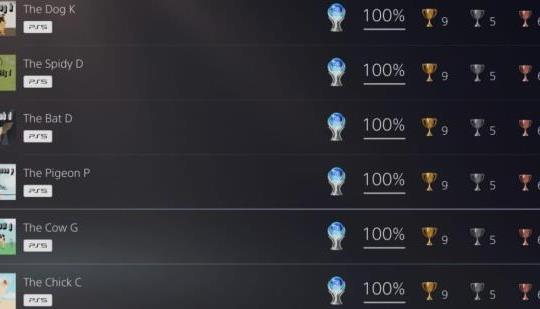 By now you may have heard about a special little title that will soon be making its way to PlayStation. The bluntly named ‘Press X for Trophies’. Interesting, doubly so if you’re a trophy hunter. Easy plats are easy buys, but this not-so-subtle …

As bad as these easy platinums are I personally have never seen the PlayStation equivalent of some of these multi-thousand G Xbox games. Butterfly and so forth...4000g a pop. Crazy. But I'll be honest I'm not a fan of the instant double platinums between PS4 and PS5 and these easy plat games because it cheapens the overall feeling of achievement when scoring trophies. I have dabbled in some of these games in the past but nowadays I make it a point to only Platinum games that I truly enjoy.

And in an unrelated matter you mentioned the word Oblivion. That's my favorite elder scrolls game of all time. The Golden era of Bethesda. Oblivion, FO3, Skyrim, NV (Obsidian but still) all in a single generation. Four great games covering FO/TES. PS4 to PS5 and by comparison FO4, FO76, and no legitimate Elder Scrolls. Arguably one decent game in a generation plus covering the two IP while the previous gen had four Great ones. Just sayin. Bethesda has expanded their publishing arm but as far as their flagship IP and Todd Howard the output has been abysmal by comparison. That's just the truth.

Shout out to Green Lava Studios and the My Name is Mayo trilogy, on behalf of Zig’ lol! Could’ve been twenty of them by now but they kept them a couple years apart.

Midnight Suns, F1 Manager Both Get PS Plus Premium Trials