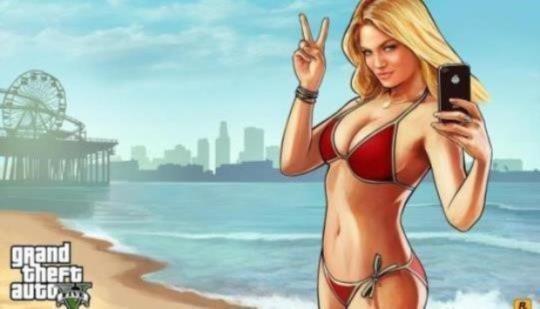 Take-Two announced i ts financial results for the first quarter of the fiscal year 2023, related to the period between April and June 2022.

all that cash and T2 cant release a simple 60 fps patch of RDR 2 for next gen consoles?, come on Rockstar stop being lazy and greedy.

Yeah apparently they were working on a full blown next gen version but the reception of the gta trilogy caused it to be delayed until after gta 6 along with the cancellation of gta iv remaster and rdr1 remaster.

with the sales of the game itself a average of a billion a year on shark cards for 9 years we should be asking for dedicated servers proper security on rockstars app/games and a proper patch job like graphic options beyond 60fps.

Dare i say gta 5 running 4k 60fps on a ps5? or even more crazy a in house 64bit remaster version of gtaiv?.

Rockstar is dead to me

They abandoned all their other IPs

Well they still create great experiences and they're masters of their craft. They'll revisit old IPs when they feel the time is right.

*Rockstar takes it time to craft the two most intricate and detailed open worlds of the 2010’s, averaging 97 on metacritic*

Gamers: “Rockstar is dead to me”

They only created one new experience since 2013. The other titles produced were remasters with one of them being poorly handled

The time has been right for the past decade to produce more games.

Yet Rockstar still produced the buggy mess that was GTA: DE. Quit making excuses for them.

You know how many publishers produce a vast amount of quality titles per year every year? Nearly every other major publisher.

Rdr2 is now the 9th best selling game of all time

Rockstar is the absolute worst video game company out there today and one of the most greedy companies period.

I wish Square Enix, Ubisoft and other devs were more like Rockstar.

Imagine a Final Fantasy with an open world as detailed as GtaV & RDR2.

Quality over quantity… Take your time and make revolutionary games.

I hate it when a company put almost all of their eggs in one basket.
They used to have numerous IPs that were not put to use at all ever since GTA gotten too big to fail.
I need another Midnight Club hell even their Table Tennis game were excellent.

I'm still holding out for a Bully sequal. That game lives with my gaming memory

I still dream of the day that we get another Midnight Club.