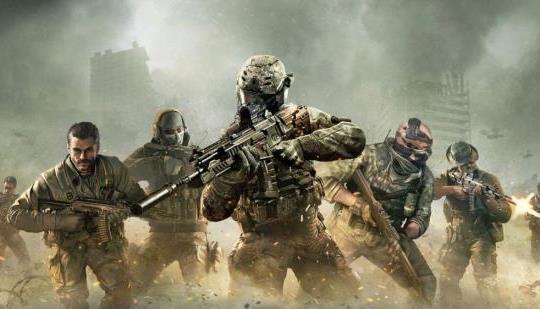 Everyone has a phone so it’s pretty obvious why earning are through the roof. As for me, I hate mobile games. They’re nothing but cash grabs.

And console and PC games dont try to grab your cash though loot boxes or tacked on DLC then no? Take for example the Total War series, you have to pay to have blood in the game and lets not start on FIFA and the joys of EA.

Just to think of all the money that goes into developing COD vs. Candy Crush yet candy Crush still crushes it in revenue. I can see why so many companies want a piece of that action

It must be a generational thing and kids don’t know what they missed. I absolutely can’t stand mobile games.

Good for them put that garbage on mobile

Thats because they are ripping off people all at once.

Sad for everyone. Even the game journos that get paid to pump out these articles.

Im part of the problem with micro transactions, im aware. I try not to be, but sometimes when im really into a game i just fall for it.
I definitely put some $ into CoD Mobile when i was heavily into playing it at work and was buying seasons passes in MW on PS5 when i was into that. Im willing to bet these numbers will look a lot different when it launches on Steam though. I personally used to get suckered into spending $ on these CoD releases til i switched to PC but even just buying Vanguard on that trash launcher left a dirty taste in my mouth. More than one reason for that one, though. *puke* - but still, lack of any sense of non-in-game-progression just kills my vibe with these multiplayer twitch shooters.

Once ive got Warzone and MW2 running on Steam with all its features and achievements and trading cards and friends list and Deck support and gyro aim and my custom back paddles and controller config support etc i could see myself getting addicted for at least a few more months again. Its amazing what just being on a good launcher does. Having it buried it its own hidden program that i don't even know where tf my icon for it is does not help me launch CoD on a whim when I'm doing the 20 minute ADHD gameswappimg adventure lol

Great mews. they should go full mobile! Absolutely nothing of value would be lost.

It's the next step. Cool avatar btw.

The Best Android Games of 2023

The Importance of the “Super Mario Bros.” Movie for Nintendo’s Media Expansion