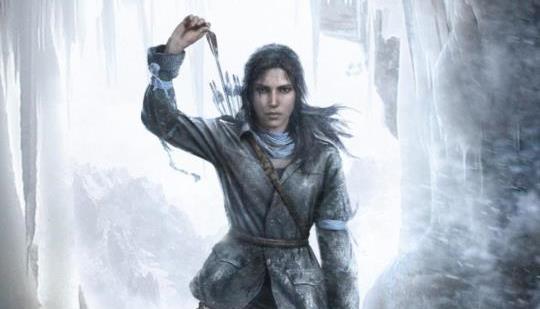 From VGC: "Crystal Dynamics has filed a DMCA request via Patreon to Last Stand Media after hosts on one of its podcasts read out a script which is reportedly being used to cast actors for the next Tomb Raider game.

The script, which was widely reported on, was featured in an episode of the Sacred Symbols podcast. According to host Colin Moriarty, he was contacted by Patreon and asked to remove the offending material, or risk being suspended from the platform.

According to Moriarty, the DMCA came via Square Enix. The Japanese publisher has agreed to sell Crystal Dynamics and the Tomb Raider IP to Embracer, but the completion of the deal is still subject to various regulatory and other external approvals."

The mistake Colin Moriarty made was that parts of this Tomb Raider script were directly quoted. If he had just reported on the content then it’s unlikely he would’ve received a DMCA takedown.

You should see that script, woke doesnt even begin to describe it.

How bad is it?

Woke ? Not really . Cheesy yes . The names sounded sort of made up and didn’t roll off the tongue like Devendra if that’s what you are getting at but that is reaching imo .
I think people are looking for anything to say hey that’s “woke” . You can have people of color and not be woke . You can have odd names and not be woke . This is video games where I have e seen some of the weirdest names and scenarios .
The script was bad and cheesy . Believe In yourself nobody else does kind of thing from what I heard but that’s a common trope in games not “woke”

The script is woke you say? Interesting. So what does that means to you?

Changing sexual orientation of a character despite previous history in comics games and movies. Basically involves changing things to fit some kind of equity quota rather than stay true to any of the previous material. But it’s their property and a reboot they can do what they want I suppose.

She’s now a lesbian apparently…. Despite comics movies and previous games saying otherwise. I hope it’s not true but seems like a real script.

I mean, I hate to break it to you but she was always designed to fit some kind of quota. Her entire look was designed as an overly sexualized bad ass Mary Sue for the the puberty stricken white teens of the 90's. That's it. Nothing more, nothing less.

Why is it that in a series where an overly sexualized character, with unrealistic proportions, that fights dinosaurs, demons, mythical creatures, Atlanteans, that find artifacts that threaten the destruction of the world, and that had more than a few personality and character changes from medium to medium, being a lesbian is what all of a sudden made you go "Nah fam. I'm out. This some bullshit right there."?

As far as I'm concerned, if we get to shoot shit and blow shit up and do some puzzles and climbing some cliff, and see some gruesome deaths, and see the world come to the brink of annihilation, kill some wolves and raid some tombs, I'm all good. I couldn't care less who she goes down on after hours. That's her business not mine.

@simple nope wrong assumption, I don’t like when they divert from the original creators vision it bugs me. The latest reboot I didn’t like for that reason and I don’t like the sound of this one even more.

Then you should probably stick with the original series at this point and move on to something else. She has been a different character far longer than she has been the original creation. The original was just a product of her times and this one is the same thing.

But if you feel you don't like when they divert from the original "creators vision" or what sells, then you might as well like very little when it comes to anything that's a franchise and it's control by a company driven to make money. From movies, bands, comics, games. They ALL change. Be it for personal reasons or because the times change and what sells is different that what sold 20 years ago...think about that. 20 years...jeez. Who the hell was the same 20 years ago?

That's life for you.

@simple. You said two very different things. One of which I did not say. You said creators vision or what sells. I’m definitely in the creators vision camp. What sells is still tbd, there is a big audience clamoring for Lara to return to form.

The vision of the original creator is mute when the rights of the character belong to a corporation that is designed to make money. Weather the original Lara was designed by a couple of horn dogs or by committee is quite mute at this point. IF this was an independent game series then sure, I would get that. But it isn't. It belongs to a corporation and they only wants what sells.

And if we're talking about sales then the new Tomb Raider Trilogy outsold the original series of games. The new trilogy sold around 35.2m while the old Quadrilogy sold around 26.5m. So technically the new one is simply far more popular than the old one ever was. I would love for the games to be more like the old games in that they were less Uncharted. Sadly that's neither here nor there at this point.

As for the whole "SJW" or "WOKE" thing, that's just childish, petty, ignorant and just a Dog Whistle for the far reich. If that's your crowd then that's on you. But these "SJW-WOKE" people have acquired and understood what buying power really means. It used to be a straight white male thing and now it isn't. Now we get to enjoy all kind of sexy shit. Including glorious sexy as fuck thiccness. I personally can't wait for THAT version of Lara. But Big Boob Triangular Lara was a product of her times. Literally. And as sales proves, people stopped caring. Even the horn dog white teenagers she catered too stopped buying the games. I mean Tomb Raider Chronicles only sold 1.5m.

My point is that her image and attitude will always be just a product that reflects the time as any other corporate product usually does. I think it's time we get with the time and move on.

@simple you’ve gone off on so many tangent rants it’s hard to even make sense of what you are attempting to even say other than equate someone using the term woke or sjw as aligned with the bad guys from ww2.

The only thing I learned is that you don’t know how to spell words you use incorrectly, such as “mute”…. I’ll leave you with your thoughts, whatever those might be I have no clue.

Yeah, it was obvious to read your were struggling there for a bit. But it's all good. If what I'm saying is hard for you to follow along with then don't worry about it and don't strain yourself too much over it. It was just a good ol' fashion back-and-forth and nothing more.

But I'll do the same and leave you to your thoughts as well. And if they're as impeccably well written as your posts then I suspect you'll be all reich. 👍

The word “woke” has lost all meaning now.

The script is atrocious. Bad enough that I loved the reboot trilogy, and will not touch this impending loaf of poo.

Give it to me I can share via torrent so all can have it. Try to DMCA a torrent site LOL.

No need for that. If they don't want their script being seen then they don't. Its their work not anyone elses.

The WOKENESS of the script caused a blowup on twitter. I am sure they will consider rewriting it after that. The leak was a good thing because if they continued down that lesbian road they would have wasted money on the development. Most people dont mind but NO ONE asked for it. All these years and now you want to have Lara in a lesbian relationship? STOP IT. Did they not see what happened to Buzz Lightyear. Go Woke/Go Broke

Crystal Dynamics takes control of its most beloved games