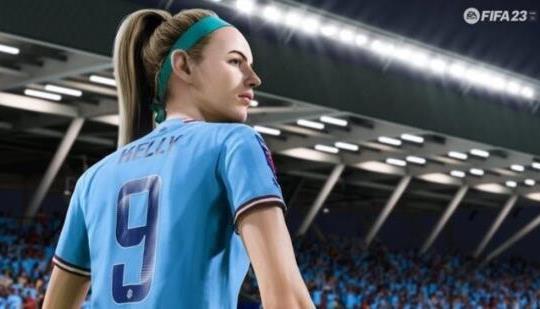 FIFA 23 Will Finally Do The Women's Game Justice

Alex David Johnson from NoobFeed writes - The women's game has been growing in popularity and quality for several years and FIFA is finally acknowledging as much. While women's international teams have been in the game since 2015, their inclusion has often felt like an after-thought. In FIFA 2023 however, EA is making strides to add more representation and gameplay variety.

Waste of time and resources. The people who care about this sort of stuff don't play FIFA or even watch football for that matter.

You need to wake up. It's a relatively small amount of resources used for a company this size, and it helps promote the women's game further. Where is the negative?

I do not want to sound arsh ... but nobody asked for it. it is only EA trying to be politically correct and do "the right thing" in light of all the $#IT they eat all the time. If they were smart(er) they would have allocated those resources to make the game more playable and less on rail / scripted. I had to force myself to try FIFA '22 when free on PS+ but the lack of enjoyment and satisfaction when scoring made me uninstall it after 2 games (I played the second just to make sure I was not rushing my decision).
Peace !

Well, there isn't any other option! I'm sure there are soccer fans (female) who'd love this update.

According to their own FIFA 22 stats
only 4% of players bothered to even TRY one women's game. Just one. Nobody cares, literally.

you wanna do womens football justice? maybe start attending games, buying jerseys and start supporting your local clubs. its clear no one is interested in doing this

England vs Spain had 29,000 spectators last night, and 7.6 million watched on TV on BBC One in the UK, plus many on other services.

Oh you wanna do it justice? Add chest and butt physics and maybe 5% of Male fifa gamers will give it a chance. That's strong maybe.

Women in the UFC get a ton of support from fans, not so much for football. It's because the product of the former is much better than the latter. In the UFC, the women are fast and the relative skill gap much smaller between men and women than it is in sports like football. Watching women's football is like watching men's U.S. football clubs when you are used to Serie A or any other top tier league, it's only fun for a small group of people.

Cant we just reduce game speed and player sliders by 38% to get the same effect?