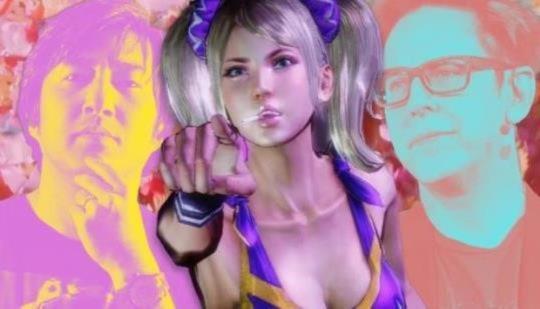 in the Remake must include better physics OR NO BUY PERIOD!! :D

Same question could be asked about the Dead Space remake as well. This maybe off topic but we all ready seen what happens when the former shell of Bioware tries to tap into an existing franchise and try a new sequel or a new game sharing that titles name. Andromeda failed hard and people either like it or hate it me I hate it. Only time will tell how Lollipop Chainsaw will do I am happy for a remake and I hope the sales show that it deserves a sequel. And I hope EA don't botch Dead Space and the sales show that game also needs a new entry or at least a remake or Dead Space 2 which is also good. I am still getting Lollipop Chainsaw day one it is a title I enjoyed on PS3 and I can enjoy it on the PS5 trophy hunting it again.

The game has aged too much for Gunn.

Gunn is too in demand for this new company to afford him now. They own the original script so they will just use that.

And the IP was bought back from the company Suda works at so it seems he didn't want to work on it either to let it go.

The problem with this is it’s going to be censored. Why make this now? Part of the fun was how it wasn’t afraid to joke around with innuendo.

What was there that needed to be censored?

What's the point at all... Lollipop Chainsaw released to mediocre reviews and the only hype around the game was the "sex appeal" and marketing. No one asked for a remake of this game.

Actually I did so your wrong.