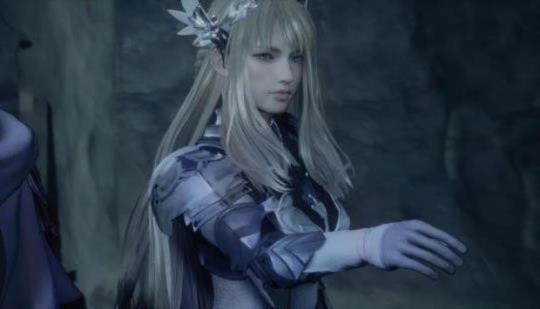 An updated PlayStation Store listing for Valkyrie Elysium has revealed the release date, as well as some brand-new screenshots.

I'm going to end up buying it all too

Looks a lot better than the reveal.

I'm sorry, but from the reveal this game looks midget and nothing like Valkyrie Profile.

I think this is going to be a major disappointment, especially if you're a Valk fan.

What do you think. I think it looks good.

It looks better than the previous trailer, but it still feels budget and gameplay wise it doesn’t look like a Valk game. I’m not sure if you played the PS2 game, but that’s how this game should’ve stayed. Like, you can make 3D models, but it needs that 2D perspective and combat.

I’d say the only good thing about this is that Lenneth is getting a release. Check that out and watch this trailer and we’ll compare notes.

So in reference to you reply;:

Yes I am familiar with Lenneth but that is like saying that Star Ocean should have stopped evolving at Star Ocean 2.

Now I specifically bring this up because Star Ocean is my favorite series and as you know they are all Tri Ace creations and is the team behind Lenneth.

In fact the Valkyrie Profile is in Star Oceans DNA. And quite literally (when you see that Lenneth and Freya are both in Star Ocean 3)

But going from SO2 to SO3 is like going from Lenneth to Elysium . Nor all evolutions are something to be afraid of.

I am saying if you want to play Lenneth you should play Lenneth instead of expecting every game to be Lenneth.

And give the new on a chance. It may surprise you. I'm a huge fan of VP and Star Ocean so I'm in. I want to keep getting these games.

A series evolving is fine, but there is such a thing where you change too much and it’s no longer recognizable.

I like Valkyrie Profile because of the game it was and Silmeria had adapted with the time while still being true to its predecessor.

There hasn’t been enough Valkyrie Profile games where the formula is in need of a change.

And listen, I’m not digging you for being interested. You do you and fly that flag. I’m just saying, this doesn’t look like a Valkyrie Profile game and I’m disappointed in that. Could it be good? Maybe… it’s hard for me to see that from the trailers.

I will say this, while I probably won’t purchase this game I will definitely buy Lenneth, which is coming out on PS4/PS5. That’s pretty big news for me.

Also, since you brought up Star Ocean 2, you make another good point. Look at how that changed… and not for the better. I don’t think they should stop a game series or not even change a series, I’m just saying don’t change it so much that it’s no longer recognizable as the game fans loved. Y’know, like if you like a whopper you don’t expect this thing to turn into a salad with some of the ingredients.

Know what I mean, Vern?

Damn Square, think of my wallet

Animations still look a bit stiff, but I'm not exactly against trying it. I think I'll wait to see what some others think first before I pull the trigger on it. The VP games were two I always wanted to try, but never did for one reason or anything. And apparently VP Lenneth comes with the Deluxe version of this game, which hopefully means it'll also be available to just purchase as a stand-alone down the line if I don't end up getting this.

Amazon Slashes Up To 60% Off On Select Action Adventure, Fighting, RPG & Simulation Games