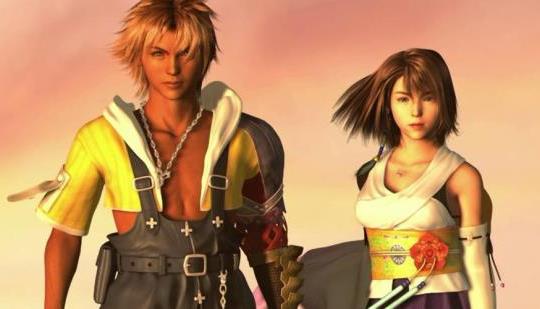 Final Fantasy 10 Should Get a Prequel, Not a Remake

I really don't know why they can't give other Final Fantasy games some love, the amount they've milked FFVII is unreal

Final Fantasy X could get a prequel with Jecht, Aaron and Braska

Final Fantasy IX could easily get a sequel or prequel

Final Fantasy VIII could get a prequel with Laguna, Kiros and War, or a sequel going off the Rinoa is Ultimecia theory, trying to the change the future and Squall having to protect her against the world who are now super scared against Sorceresses.

I agree. FFIX and VIII are amazing. I would love a prequel with Laguna, Kiros and War.

The problem is that square Enix feels compelled to tinker with the old school combat mechanics and try this real time BS.

Would be perfect if they kept the turn based battle system. If they want to spice it up I think the updated animations and effects are enough.

FFX was my favorite FF game, but FFX-2 kind of ruined it for me. Like it didn't change how great FFX was but as far as the story going forward I can't see myself really being interested anymore after FFX-2.

The only way I can see myself caring about anything FFX is if they do something like FF7 remake, where they go back to first one and change the story and make it an active storyline where events change and we don't know what's going to happen next, essentially making it more like a real sequel. And totally just forgetting about FFX-2.

One game I would love to see a straight up remake of though would be FF8, I've heard great things and I haven't played it much at all, so it would all be new to me.

Forget X-2? Say what you will about the story and characters, but the class system was superb.X2 also has the best battle system in the franchise

I think FFX-2 has had my favorite combat out of any FF game, class system was top-tier.

I think it’s because VII is the most popular (aside from the MMO games) game in the franchise. The demand seems to be strongest with it. Don’t forget they did a remaster for most of the titles 8, 9, 10, 10-2, and 12, as well as the rumored FF9 Remake, which I fear will try to follow whatever the French kids animated show will look like.

The flashbacks of Laguna, Kiros, and Ward were some of my favourite parts of FF VIII. A prequel could be so good.

FF7 put them on the world map, just as soon as it ruined them.

As for an FFX 'remake' would like to see a version where the temple puzzles are based on prior summons as keys and Yuna, as the most powerful of the group next to Wakka, isn't kidnapped every other scene.

Funnily, in FFVII Remake, those added stuff about timelines made no sense because the series never had anything related to that up until that point. However, in FFVIII they would make sense since the original plot is already based on time travel and whatnot. So what ruined FFVII Remake for me would be an interesting idea for the reimagining of FFVIII.

It works in VIII but doesn’t in VII

If Rinoa was Ultimecia then they’d would want to change the future, changing fate…that would open the multiverse just like how the first game was about time travel. Now they’ve ruined the concept by having it in VII where it literally had no place

I really don’t see how they didn’t see that

FinalFantasyFanatic150d ago (Edited 150d ago )

I love 7, but I wish they'd stop, it's like their favorite cash cow, we've had two compilations of FF7, it was something special the first time around, not so much the second time. I think I would enjoy a pre-quel to FFX or FF8, the basics of the story are already there, they just need to flesh it out.

FF IV-VI deserve remakes in the same vein as VII before any of the rest.

I thought they said they had planned to make another instalment in the same universe?

If they do any more remakes which im sure they will i do hope 9 is next. All i ask is please leave the battle system alone and have a world map. The world map has got to be a must. I do feel in ff r2 that they will for sure skip the world map and that really sucks.

I don’t think a world map would work for VIIR unless it was implemented like Witcher 3, which I felt was too big at times. I think map design similar to FFXII, XIV would work best.

I’m all for a remake!!! All
They need to do is update the visuals, leave the game alone and most importantly, the most important thing, let us skip the cut scenes! Especially after you die to a boss. Let me skip the 3-5 minute intro and get on with my life. Second thing is, leave the game alone!!! I played through the final fantasy 7 remake. After you get used to the battle system, it feels wonky and broken. Let Cloud, Barret, Tifa all take turns in battle as opposed to forcing me to switch to Barret because the AI is to dumb for him to eliminate air-born enemies on his own.Why can’t cloud hit a gun turret anyways? In the original FF7 he could! FF7 remake felt like FF13 shoved down my throat again. Nobody asked them to change the combat system and add all these cheesy side excursions. We just wanted some slick as 2020 visuals but the same game. Instead, square tried re inventing the wheel. Just leave FFX alone. Let us skip cutscenes, but leave the damn game alone! Take a page out of capcoms book with how they handled resident evil 2 and 3. Shit! They even updated it for the PS5. Same game! Same game! With awesome visual improvements and some gameplay enhancements. At the end of the day, it’s the same game just more terrifying!

There was the always rumored X-3 that continued the story on with Tidus and Yuna. A FFX prequel I would like that but for an actual remake of X I am good. I would rather SquareEnix remake other jrpgs like Xenogears, Vagrant Story, Parasite Eve, maybe collaborate with Nintendo remake Super Mario RPG or a sequel to it, Threads of Fate just to name a few.

Final Fantasy X doesn't need a remake or a prequel. Older Final Fantasy games like FFVI, FFVIII or FFIX are way better for a full remake, as long as they don't change the story like they do with the FFVII remake.

Even older Final Fantasy games could get a remake, although they need a little more changes.