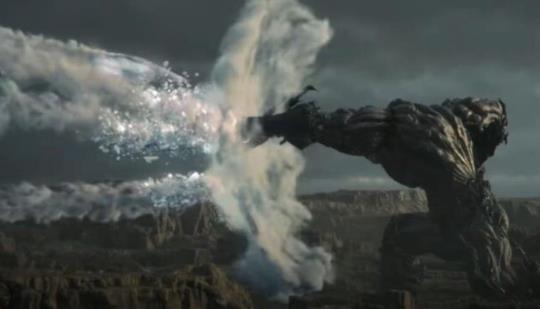 Game difficulty has been a frequent topic of discussion among gamers this past year. This is partially due to the release of Elden Ring, a From Software Souls-like game known for their difficulty and inability to change the setting. Square Enix is also going to have only one difficulty setting in Final Fantasy 16, although they are taking a unique approach that allows players to adjust how challenging the RPG is.

Not happy with this news. I'd rather have difficulty options. Awesome gear shouldn't let you cheese everything and be available at the beginning imo. Still buying it day one but I would have preferred they went the nier automata route

Story focused mode is a set of equipment

Story mode gives plays items that makes it more easy. Don't play story mode and you won't get these items early thus making it more of a challenge. I have no issue with story mode in games or extra hard modes too. People are free to play games how they want.

Like standard difficulties you aren't forced to choose easy mode. I am not a fan of easy mode... So I don't pick easy mode lol.

I was hoping they would offer "Start With Level 99 and Unlock Everything At the Beginning" DLC but I can settle for this. It will make it more easier to get the Platinum Trophy so I can rub it in the face of my enemies. Thank you Square-Enix.

I am saying this from the perspective of someone who really loves games to be as difficult as possible, while the idea of Yoshi-P is solid, it is extremely vague, "increase the window of Blocks", how much? How easier does it make the game? Does someone need to go and test every single setting individually in all it's values to see what they are like?

While I am not a fan of difficulty settings at least it gives you a general idea on what to expect, I put those games on hard right away (hated it when Square locks hard difficulty behind NG+), while customization is good, it should be more clear and approachable which is the point, rather than confusing

How is this confusing though. If the gear increases your block window then that's what it does. I think Easy modes are for story exposition and for letting you get through it faster. It seems like you are overthinking it a little

Yeah but how much is that increase and how does it reflect on the difficulty, is it significant enough? Those are the things that you need to test out and for people who like to know if there's an easy mode before buying, they can't test it, I am just trying to discuss the matter, it doesn't affect me personally because I would just not use any of them!

No need for difficulty settings! It's a work of art, no need to think how people experience it, and absolutely no need to think about fans. Make the game for yourselves, a game that you'd want to play, and see how it does. Forget the noise, and focus on creative process. Forget the keyboard warriors, fans and whatever out there. Art is art, and should not be compromised because people somehow suddenly need something.

Oh please. This is a video game first. All that art BS can come later. They absolutely have to keep their fans in mind. The more people playing their game the better. Also giving OPTIONS on how they’re game is played with the “Story Focus” mode is them making the game for themselves as nothing is compromised. Gamers can choose which way they can play, with the gameplay/story the developers intended. If you think about FF, we put gear on our characters to boost health, strength, magic, etc. Nothing is different for Story Focus if gear makes the game easier for people who like an easier game.

Have to disagree with both of you.

Tapani - surely you're being sarcastic. Forget the fans, no need to think about them?

Cobra - All that "Art BS" is the story, writing, sound design, and yes, the gameplay flow. It should absolutely not be compromised for arbitrary reasons. If their vision and gameplay loop revolves around difficulty and overcoming certain obstacles, then it should be a choice and not a mandate in whether or not they enable players to skirt through those challenges.

In context to this game, I'm excited for it. This doesn't change my mind, but as someone who likes a bit more of a challenge I hope it can meaningfully provide that.

Tons of disagrees but if you'd phrased it differently like 'If a small portion of the fan base is screaming for something to be implemented then maybe it is ok to not implement it if it changes the original vision the developer has' I would have 100% agreed.

Developers sometimes try but fail to cater to everyones needs, there is not a single piece of art in any form in the history of humanity that caters to everyones needs and there will never be, so stop trying to do so devs.

Screw difficulty options! Unless there are good incentives or trophies for harder modes, I always just go for normal or drop it to easy if I want to finish the game quick.

If the game offers it that’s your choice . I personally don’t enjoy games that way but they put an easy setting there for those who want it .
But I don’t like when people get upset there aren’t easy modes , just buy a different game it wasn’t meant for you or they would have put an easy mode in it .

Gonna skip this anyway. Its name its Final Fantasy, but its not a FF game.

Yes, i fear you are right... but i probably going to get it, unless it's very disappointing.

Terribly humble of you to assume you know what is and is not a Final Fantasy more-so then the actual developers who make them, games change formula's consistently, your just not comfortable with change.

Also every FF (even the turn-based ones) changed with every iteration, then FF15 and FF7R went a newer route combat-wise which most people loved and FF16 is yet again switching up the formula, that doesn't mean it's not a FF game..

Comfortable might not have anything to do with it. Its more they changed it to a action game

I wouldnt say most. You really cant gauge that unless you know of a poll even with that it still might not be true. Alot of us still prefer the turn based combat.

I actually like the fact that they keep switching up the formula. And it makes sense. Going from Final Fantasy 7 to 10 to 12 to 13 to 15 and now 16 they don't play it safe by doing the same thing over and over.

I know. That’s the whole point.

Im with you on that. I havent cared for a ff game since 10 and even 10 kinda irks me due to no world map. I could see the change happening to the series right there.

FFX sucked honestly. Extremely linear and had a cheesy love story and dialogue. The only redeeming thing about the game was its battle system. Aside from MMO's, XII was the last good FF.

FF7R was a bit too easy for me on the first playthrough.

I wish SE would just have difficulty options and make life simple.

I want the game to be somewhat difificult , not easy and blow through it . Most games are too easy these days (for me) and I bump the difficulty at start at least one setting and that usually gives a good balance . There are some games that are so easy that you have to go to max difficulty but those aren’t very common .
Maybe this game doesn’t need it and that’s why they gave the story mode for those that don’t want to try and master the systems etc . I’ll try it out on regular settings to get a feel for it and see what options you have to raise the difficulty if needed .

If "final fantasy" is too hard for you at its base difficulty, you may seriously want to consider just giving up gaming altogether.

My god, has there ever been more of a face roll franchise out there?

Whatever happened to the days when Final Fantasy did not have difficulty modes? Gamers these days….

I miss the good 'ol days of pre-FFVII. Back when FF was really FF.

if all story focus does is give you items to ease up the difficulty, why not just add those items to a single difficulty setting and label them as "easy mode item" or something?