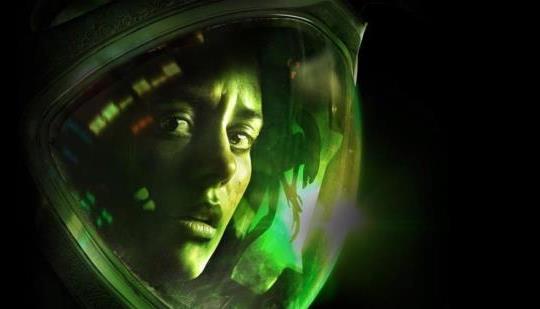 It's unlike anything Creative Assembly has done before

They've proven with Isolation that they can do very well in vastly different genres than their norm. I'm excited to see what they're working on.

You’re right about that. A very talented team, who’ve proven themselves.

YES, please. I'm holding off playing the game with the hopes it will come to VR one day.

It's too perfect. Really surprised it hasn't been done earlier!

There's a half-decent VR mod for it.

In the era of remaking everything that was half way decent, this game actually deserves a Halloween relaunch.

I’m sure the game library will be small for the PSVR2…. Alien VR would be a perfect launch title.

The environment and Alien would look fantastic updated with RT, and the various switches and levers would be fun to interact with under pressure in VR with the new finger feedback in the controllers.

I know Creative Assembly is owned by Microsoft, but they seem happy to share when it doesn’t hurt them. Hogging Alien isn’t helping anyone, and it wouldn’t hurt M$ since they don’t do VR anyways, and the game is old af.

Yes hence why I wasted the necessary time to type the word, "mod". It's about as close as you're going to get for now. Also Creative Assembly isn't owned by Microsoft, they're owned by Sega.

Would be an amazing PSVR2 release. It seems too perfect for VR for it not to be in development. PS5 remaster would be great too, would probably be a lot of work though.

Yea, this was leaked a year ago.
Highly curious, what's this gonna be.
Alien Isolation was a fantastic experience albeit a bit frustrating few times.

... And it's a team-based multiplayer looter shooter.

Absolutely zero interest, shame Hyenas is what this turned out to be.

Agreed. They should have spent the time on Aliens Isolation. That would be a day 1 buy.

Never played isolation but I heard good things from people who like the “run and hide” games. Add a little “fight” in there and I’m interested. 4 years also means announcement is probably imminent.

There is a little “fight”. You fight androids, humans and the alien (can’t kill it though just make it fuck off for a while).

A lotta fight lol. Condemned criminal origins is my favorite horror game. There is some slow exploring and detective work but you are often pulling pipes off of the wall and beating people. That’s my ideal type of game.

yeah whoopie.. they mastered the genre of outlast clones.
At best the environments were cool in Alien. Don't care for the genre anymore. It's best served in doses, rather than a dead horse spanning an entire game. I am glad to hear they are moving on, but I really hope they evolve from making current trend games.

Outlast clones? You realize penumbra and amnesia did this WAY before outlast was a thing right?

It wasnt a perfect game, but it was an incredible foundation. Held back severely by 360/ps3 too

They're the most tight lipped dev out there.

Isolation was fantastic. Loved it. I would have loved some more guns but that's because I love shooting aliens:)

Dammit looks like my dream of an alien vr not coming anytime soon.

Best Games Based on Movies