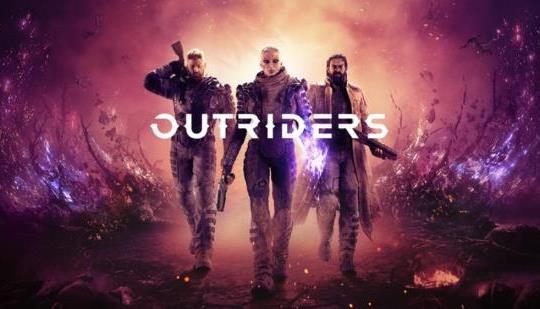 Outriders is free to play on Steam this week

SQUARE ENIX® today announced that OUTRIDERS™ will be available to play for free on Steam from Monday June 20th to Thursday June 23rd.

played it..de-installed it after 30 minutes.

Lol, is it this bad?

I got pretty far, and just stopped caring. I uninstalled it as well.

It's extremely generic. It's not bad but it reminds me of the period between 2007 and 2009 where gears introduced cover shooters so almost everyone went out and made a unreal engine 3 cover shooter.
It feels like that to destiny

For some it is. At launch, I expect more people felt that way. It also had tons of technical issues back then, at least on PC. I tried it after the New Horizons expansion later last year. I found the campaign enjoyable enough, even if not an amazing one. The gameplay was pretty fun, the story was pretty pants (but how many games can say otherwise lol). Still had some bugs even then, though.

I've no idea what is in the newest expansion, but if it ever piqued your interest, I'd suggest giving it a shot. It might give you 20-30 hours of fun before it fizzles out. Maybe I'll look into this expansion, see what's what.

I'm having fun with it.
Originally avoided it having heard of the issues around launch.
It has been sitting on Gamepass so finally downloading it the other day.
I'm about 3 hours in, have my Trickster class at level ten, and it's a pretty good time.

Don't know if I'll end up beating it or not, but I'd give it a solid 8 so far, personally.

Not a very good game imo.

I played through the entire campaign. It was very generic. The story was mediocre and the technical issues on PC were pretty bad. They patched it up quite a bit. It plays better now. I can say the only reason why I enjoyed it was because I missed Division 2-type gameplay but was was tired of running around the same areas in New York. The endgame is just an enemy hitpoint multiplier where a tiny creature has 20,000 HP. It's too bullet-spongy.

Call me when it's free to keep.