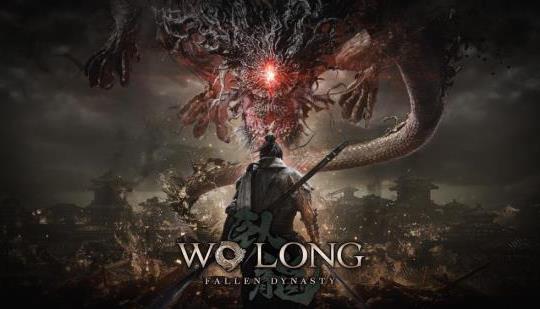 Publisher Koei Tecmo and developer Team NINJA have announced Wo Long: Fallen Dynasty for PlayStation 5, Xbox Series, PlayStation 4, Xbox One, and PC (Steam, Microsoft Store). It will launch in early 2023. It will also be available via Xbox Game Pass.

Adhttps://www.releases.com/?utm_source=n4g&utm_medium=native&utm_campaign=c1
- Comments (14)+ Comments (14)
TopNewestOldest
The story is too old to be commented.

This looks a good game

I mean it looks like a good CG trailer. I don’t know what kind of game it is, is it a Nioh game or Dynasty Warriors game?

I think it was in-engine. Not gameplay though.

No, it's just day one on gamepass.

Microsoft use the term so much to amp up the metrics and optics. The know the word holds weight in an area they're lacking in. Slick moves

Seems interesting. Possibly gameplay is in the vein of Ninja Gaiden.

I hope so. I really hope so. No more slow boring Souls style of gameplay and let's get back to Fast pace Ninja Gaiden style of combat.

I plsyed or bought Elden Ring and I don't plan on it either.

Ever play Nioh? It was more like Ninja Gaiden meets Souls. I found it super fun to play as it was very fast paced style combat. Not that slow Souls style. I don't like that style either. It was super hard though so I never beat it but had a blast in what I played of it! Hoping this is more along those lines of gameplay but maybe not so difficult.

Wo Long: Fallen Dynasty is Ready to Rise Up | COGconnected

Wo Long: Fallen Dynasty Is A Game You Might Play For A Long Time | Cultured Vultures