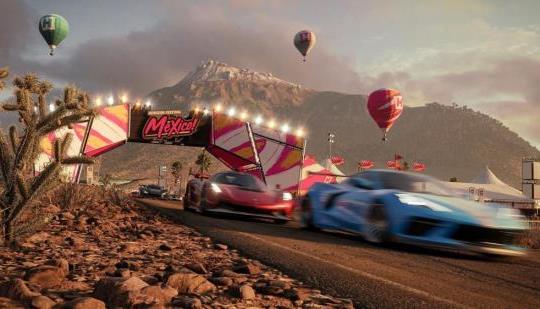 Adhttps://www.releases.com/?utm_source=n4g&utm_medium=native&utm_campaign=c1
- Comments (4)+ Comments (4)
TopNewestOldest
The story is too old to be commented.

Love the game, but why are we doing Hot Wheels again? There's a great Hot Wheels title out now that did it better than the FH 3 DLC. They could have done something cool like maybe a DLC set on Halo or even Albion from Fable. They running out of ideas?

FH3 Hot Wheels was by far the best received out of all the Horizon expansions. It offered such a drastic change from the base game that it's much easier to come back to compared to the more realistic expansions, or Lego, which were just more of the same with the former, and not interesting enough with the latter.

I guess on the bright side it isn't Lego.

Pass. It is fun at first for sure but the car selection and track layout eventually put me off for good.

Will return to Horizon when 6 takes us to Japan.

Xbox Series S/X Starter’s Guide: What Are the Best Games?