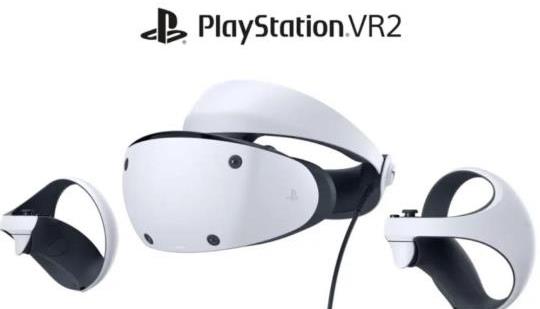 Mass production will start in the second half of 2022.

Well done to the analysts for catching up, I guess.

I'm still hoping for this year, given Sony are indicating they should start shipping more PS5s soon, but it's been heavily rumoured to be releasing early 2023 for some time now.

The rumours are from an unnamed source, but reputable news outlets are taking them seriously, so I guess we should too. Anything sooner would be an awesome surprise, though, and they alreadysaidthey have 20 "major" launch games!

I feel with everything going on, plus the ongoing difficulties of obtaining a PS5, they might be better off waiting. Less PS5 owners means less potential PS VR2 owners.

They are not having difficulty selling the PS5. 19+ million sold. Fastest in history.

@kryteris - they suffered extreme supply issues since launch. Imagine if there was no pandemic, that number could be considerably higher than that. I'm simply saying, if you rush for holiday vs waiting until spring, that's several more million PS5 owners ready to buy the unit.

Doesn't affect me as I already have one and will be buying the headset whenever it comes. I'm just thinking from a business perspective, they are free to do as they wish of course.

I look at it the other way. When Sonys profits are limited to less than half of what the demand is, it makes a lot of sense to push a new product not limited by chip shortages.

@Babadook7 - I still feel like this is a product that you want to captalize on when the install base is at a point worth supporting it. That being said, that's their decision. I'm on board regardless.

This would be a proper move by Sony from a business standpoint. Sony knows Microsoft has nothing for this year and 2023 will be a content heavy year for MS. PSVR2 could drown out some of the positive noise from the Microsoft camp in the first half of next year (pending it's actually good of course).

Talk was that PSVR2 would be in stores for this Christmas. However with covid and component shortages it would easily be delayed to early 2023 maybe even mid ‘23. Let’s hope there’s also not scalper issues as well.

That's my guess too

Im sure we will get a release date this week during the state of play.

I personally think it could be costly to release it earlier instead of later. What i mean by that is, I think Sony are better off having alot more ps5's put there in customers hands first than to rush out a new accessory for a limited amount of ps5's in the players rooms which not all of which will be potential PSVR2 adopters. As much as I want and will get a PVR2 when they come out, I'd hate to see it come out and be as remembered release like the ps5, with respect, i know that this was a covid issue. But I think Sony are better off punching out as many ps5's that they can this year and get o top of the demands first of the consumer.
Then release the psvr2 when there are say 30 plus million units out there 1st.
Just an opinion.

I wouldn't agree.
The ones that are interested in PSVR2 are us, the gamers who are early adaptors.
Everyone who really wants a PSVR2, most likely already have a PS5.

The ones who are getting PS5 from now on are most likely not the hardcore gamer fanbase and therefor not the ones running to the store when PSVR2 is released.

there's plenty of people who want a PS5 but are having trouble getting them. The same will ring true for PS VR2 as scalpers will have a field day no doubt.

Yo I got my PS5 day one and guess what , I’ll get PSVR2 day one . Sure there may be some people who wanted it day 1 but couldn’t get it because they didn’t try very hard but that number is low . Most of us who wanted it got it and many of us will buy PSVR2 . They could sell a lot more PSVR2’s this time around because the tech is a lot better number one the controller solution is better and I believe the games will be better and have more support now that VR has been back on the market for a little while and becoming more popular .

I am really looking forward to Thursday's PlayStation Direct. I want to see what they have in the oven for PSVR2.

I think even early 2023 is very soon. It should be in the end of 2023. There aren't enough ps5 on the market. They can't keep up with demand... Their inicial plans should all be delayed.

Won't see it this year deal with it, 2023 will be better anyway. Get the PS5 user base higher for this year first.

Sounds about right . But anybody could guess that at this point . From Holiday ‘22 to Early Spring ‘23 has seemed to be the range it would release for a long while now . Sure it could be pushed back to summer the latest but I doubt it .

We want it this year

Any word on a registry or whatever from the Sony site? I’d like to buy directly from Sony if possible. Their system for ps5 was quite painless if you were fortunate enough to get an invite.

To all those saying wait until there's more PS5s, does it really matter? They're going to sellout regardless. You won't find them sitting in shelves for a year.

Besides the attach rate will be tiny. 10% at the most. So if they have 20 million PS5 that's 2 million VR but if they wait until there's 25 million PS5 it's only 2 1/2 million VR. not that bigger difference.

Doesn't really matter if it is or not, we have Quest 2 and Quest 3 will likely be out next year.

I haven't bought a ps5 and dont plan to until probably next year so I would be fine with it. I just want to be able to purchase it in store without a hassle. Otherwise I'll never get one tbh, I'm not about that struggle lol

• Released more games with less studios.
• Most often outperforms the Series X with less horsepower.
• $399 best entry price for hardware.
• The DualSense is no going back material now we're getting PSVR 2

Ps5 never outperform series x it run always lower resolution and worse image quality. I have both system and 65inch 4k 2m view distance i know. This "ps5 outperform" is playstation delusion and dream. The difference is bigger than one x vs ps4 pro. First new games run better on ps5 since its gamie making tools were out sooner, xbox were behind they waited for beefier gpu from amd. Which have all rdna2 features unlike ps5. Ps5 spec are noticeable lower and with varied frequenzy.

And Yet the PS5 is still embarrassing the Series X