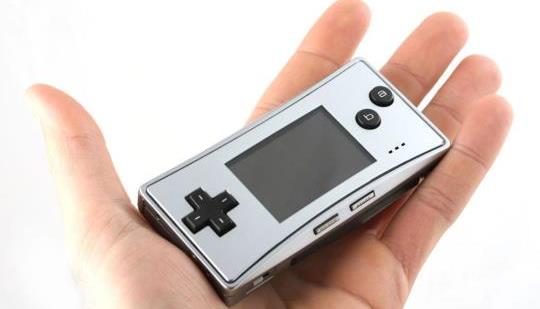 From VGC: "Former Nintendo of America (NOA) president Reggie Fils-Aimé has claimed that the company’s US arm was “forced” to launch Game Boy Micro in 2005 due to a lack of alignment between different parts of the business.

Writing in his new book, ‘Disrupting the Game: From the Bronx to the Top of Nintendo’ (transcribed by VGC), Fils-Aimé said having to launch the GBA redesign after the launch of its successor, Nintendo DS, was a direct result of the “siloed thinking” that was holding the company back at the time.

Fils-Aimé was NOA’s executive vice president of sales and marketing in 2005. He said the firm’s US arm was “planning on closing out the [Game Boy Advance] line” that year with a Black Friday promotion that would clear its remaining inventory, as GBA was in “a state of decline” and NOA had switched its attention to making the recently launched Nintendo DS a success."

You have to respect this guy's knowledge of the business. He seems to always be able to pinpoint the flaws and strengths of each company with honesty.

Don't see the problem because I thought the Micro was amazing

Releasing an ill-sized model revision a year into the next handheld's lifecycle was never going to work. It barely sold over 2M units, well short of any mark they were going for.

It's great for collectors now since it's worth a lot, but back then the DS was the next big thing. The Game Boy brand was DOA, there was no need to try and make a third GBA model (and it's impossible to play comfortably if you have big hands).

Takes up shelf space as opposed to the DS, the design wasn’t catered well to the US market, and as cool as it is it just didnt need to come out.

I love the GB Micro, still wish I bought them all when they were on clearance but i wasn't even a teen at the time. I have big adult hands now and honestly find it extremely comfortable.

I wish I could have bought a micro !

I was only a child and my regular Gameboy advance wasnt broken. Forgive me world, I was too young !

It woulda been a lose lose. Nintendo releases the system and sales are far from favorable. Nintendo keeps it Japan only and fans would’ve complained about not Nintendo not releasing it in America (I guess it woulda been a financial win)

I got a black one at launch.

Wish I would have kept it.

Same! I miss my Micro so damned much.

Another example of how Reggie didn't even believe in the 'cool' of Nintendo. Not sure why he outed himself but goes to show Reggie outside of a meme Reggie was screwing Nintendo with his eyes closed but basking in the undue glory.

Anyone can see that selling 2million units of something that is at the end of it's life and costs peanuts to make but renews interest in old games is a beautiful thing.

Literally every part of this comment is the opposite of reality.

Always wanted a GB micro but I swear I had a DS at the time these released so I didn't bother due to the DS compatible with GBA games.

I played 80+ hours of Golden Sun on my GBA Micro and my eyes still haven't forgiven me.