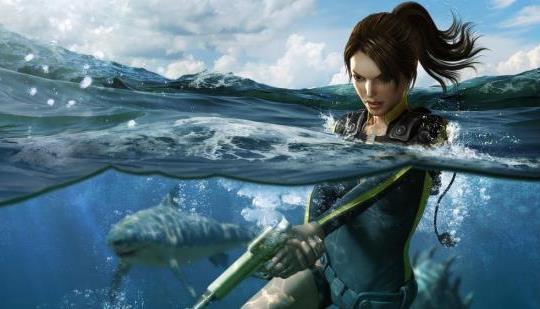 The purchase of Tomb Raider and Deus Ex by Embracer for what amounts to corporate pocket change may actually point to a positive future.

Adhttps://store.steampowered.com/app/1488200/Symphony_of_War_The_Nephilim_Saga/?utm_source=n4g&utm_medium=native&utm_campaign=sow_n4g_native&utm_content=png
- Comments (18)+ Comments (18)
TopNewestOldest
Expand all
The story is too old to be commented.
281d ago

I think square just wanted to get rid of them quickly hence the low price.

Square is becoming a junkie that needs its NFT fix.

Which is a horrible business decision considering how far gone NFTs are from the public eye. It's a dead market, it was never going to last.

A rumored 200 million hit on square is a big deal. So they got their money back and some by selling the cause of the debt.

They probably got upfront payment from Microsoft on the Perfect Dark collab as well.

And before you say 200 million isn't that much... Square fired the creator of Final Fantasy for losing 100 million on the Final Fantasy Movie, got financial support from Sony and had to merge with Enix.

Square was merging with Enix before Spirits Within Flopped. Actually the merger was put on the back burner because of the flop. Sony has been supporting Square for years even when they had that publishing deal with EA up until they sold they stocks a few years ago.

I stand corrected but it means the same thing. That 100 mil loss was so bad Enix was thinking about backing out of the merger.

And Square went to Sony for financial help(they bought 18% stocks) because of the 100 million dollar loss on Spirits Within.

spirits within was also 21 years go... so it was alot more than 100m in todays money

Insane that Squenx believed in their IPs so little. And the fact they’re using the money to invest in blockchain is a metaphorical slap in Lara, Adam, and Kain’s digital faces as well. Maybe Embracer group will show more respect

Yay a 4th console to be aware of now lol

What a bunch of morons.

Hopefully they will bring OG Lara back.

one thing people forget about embracer is the fact tehy don't like funding games with big budgets. to them THQ failed because of this. So the days of AAA budgets for TR and Dues Ex might be behind the IP's. We may get some HD collections and AA future games(in my opinnion that's better vecause neither dues ex or TR should need 60 million budget) if done right both games could do really well

If they can keep tomb raider boxing toe to toe with uncharted, then that's fantastic news for gamers all round!