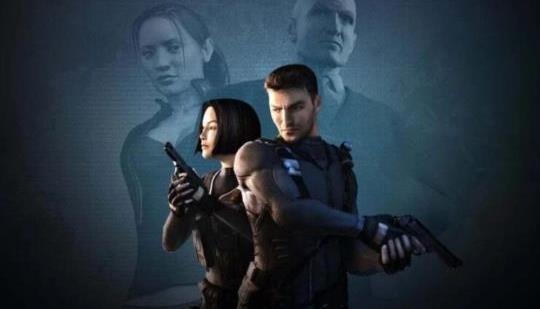 Syphon Filter 1, 2, 3, Dark Mirror And Logan’s Shadow Get Rated In Korea For PS4 And PS5

Syphon Filter could be one of the games that could make its way to the PlayStation Plus Premium subscription as they were recently rated in Korea.

Just make a new one already. I know they aren't interested. But damn. Syphon Filter was a great franchise.

Unfortunately this is like the Capcom test. Nobody is willing to risk making a game that won’t sell, so they test consumer interest with these re-releases. I’m still salty Onimusha and Darkstalkers didn’t do well enough to get new entries, hell I’m just salty we didn’t get the other Onimusha games…

This is what I get annoyed by is studios that worry about a game selling.

I don't get annoyed by that fear but the fact that these studios could easily ensure the game will have enough demand by crowdfunding it with pre-sales to justify development.

So for example Rare has apparently been worried about making a new Banjo game due to the demand for the genre.

I can almost guarantee that if Rare started a campaign where they needed to get $5 million or even $10 million in sales to complete a campaign they would absolutely smash that goal.

The 100,000 pre sales wouldn't even factor in people who buy it through normal release.

True. But Capcom took too long to make me a new Onimusha game.

But I'm glad Sucker Punch filled in the gap and created Ghost of Tsushima. It's Capcom's loss. I know Capcom is making some good money now. But they could be making more. As Duck said, relying on gamers to buy old games for interest is ridiculous. Just make a new one that's good. That will generate interest.

They might make a new one if the public shows interest in the rereleases….

Relying on the old games to be bought when most of us have the games already isn't a good idea. Unless they are trying to get new fans.

But the old fans lose out if they can't get new fans to buy them. And I'm not buying them twice because it can be played on a new system. I'll just pull out the old PS1 and PSP to play them.

It's actually strange that no one at Sony wants to create another Syphon Filter game despite the notoriety of the IP.
Heck, I could even see Naughty dog applying the Uncharted/TLOU formula to the spy genre by making the settings more future techno, changing the dogs to robots, etc. I'm sure they could create a winner.
Let's hope that the release of the series coincides with the announcement of a new game.

I was expecting these tbh. Probably overdue on a new one.

Lets just leave that heap in the forgotten bin. Haha

Only ever played the first two, which were great. I hope they do remakes and it’s not just the old games we will get.

I hope they bring back this franchise. I would love a new Syphon Filter. I had endless fun with the taser.

I'd rather have an HD collection. Sony going to fuck up that backwards compatibility otherwise.

Never played 2 and 3, but i loved this series

I would love a Syphon Filter remake...

Hell yes. Socom is what the games been missing. If Sony wants to do a multiplayer only game, it's the perfect time to bring Socom back.

Well, I don't know if it's the perfect time actually with MTS and the NFT trash.

I would take a Socom 2 remake even

Sounds more like a remake or remaster to me than ps plus release. Ps plus backwards compatible release shouldn't require it to be age rated again.... it's just allowing access to what has already been rated....

Loved SYPHON FILTER for PS1 . Would love a remake of this game .

I played the one that starts from parachuting out a plane (think it was the second one?). Completed it but man it was hard. I really loved it and even played the local multiplayer loads with friends. It was really good back then but I can't see it aging well

Give us a remake/remaster already. And then use that to test the market and see if the numbers are good enough to do a reboot (hint: they will be).

I enjoyed the first game considerably. Back in the day, it felt like a spinoff of Metal Gear Solid except with the balance shifted to better gameplay versus story. It's basically a combination of MGS and the original Tomb Raider in so many ways.

Part 2 and 3 were less enjoyable to me and don't hold up as well today. Lost interest after slogging through part 3 and haven't played a new SF game since. Perhaps a remake would spark that interest once again.

The massive amount of hours I had on multiplayer on my PSP would be cringe to see. I loved those games!

Bring back Omega Strain with a few tweaks

Reboot Syphon Filter with a remake of the first game. One of my favorite games that was overshadowed by mgs 1 at the time. Will never forget the bunker level storming the place with a shotgun. The G18 was also one of my favorite weapons along with the grenade launcher. Memories...

The Battle for Backwards Compatibility: PlayStation 5 vs. Xbox Series X|S