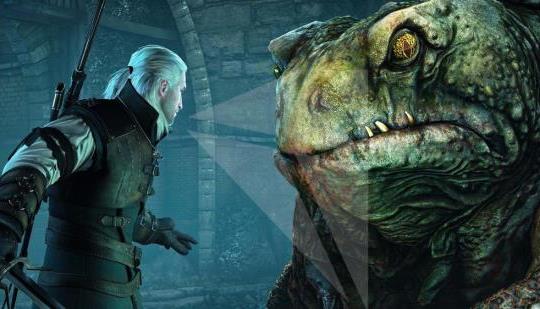 First Look: ‘The Witcher 3’ Next-Gen Could Restore the Reputation of CD Projekt

The refurbished Witcher title is coming to PlayStation 5, Xbox Series X|S, and Windows sometime this year. Although no release date is available at this time what we do know is the remaster is coming in the second quarter of 2022, which should see the title become available around the April-May-June time frame.

Exactly what fans will be getting in the Wild Hunt update is currently unclear but there are certain features we can expect. For one, the game will include a hefty visual update in the form of high-resolution textures and likely also recreated 3D models (or artificially improved meshes through the use of modern GPU tech like tessellation, the key point of which is to generate smoother surfaces than could be produced by any game’s original 3D assets.)

From what I've heard, Frostbite is chaos to develop and build in. ME studio didn't even know how to rewrite the engine to rpg and dice had to be hands on and didn't know themselves how to do it.

Dice is the only "master" of the engine itself and even they have issues. So I don't believe it's better or more well documented than epic games Unreal Engine.

The UE engine sits on to many too good games that runs way better than BF as well.

While you are most likely right about Frostbite in the sense as a developer you must radically change your thinking to work with it, we can ensure 100% that the C++ source code for Unreal Engine 4 & 5 is such a huge mess almost all game developers having touched it never want to go back. The reason this is not more known is that many UE4/5 games are created without writing a single line of C++ code, as the tools and features are so awesome, you don’t really need to be an expert programmer to make the best of it — technical artists are highly capable of making their own.

Yeah, I agree on what you are saying too. I haven't written any C++ myself in that engine. But I'm pretty early in the stages of creating a game with a small group.

We'll see if we ever need to do that at all!

One of the greatest games ever made, bring on the next gen version, im ready to do it all over again fkr a 4th time.

Yep. I've completed it twice (regular and ng+) and have been waiting on the PS5 version to do it all again.

Same I’m right with ya!

Thank you @Rambo, I’m glad someone said it. It was some of the lamest combat for a “masterpiece”

The combat really clicks on the highest difficulty setting, and almost seems it was designed around it. You have to play very carefully.

Start playing the game on the intended hardest difficulty then. The games combat was a bit monotonous but it only sucked if you were on anything less than blood and broken bones but even that gets too easy imo. Hardest difficulty is the way to go.

The combat is pretty good on the highest difficulty settings. Gotta agree with OP Witcher 3 is one of the best RPGs/ games I ever played.

Will there be a physical release?

What restores one reputation is a remaster of an old game, not fixing the one with actual problems and underdelivered. Unless I’m getting that for free together Cyberpunk, this won’t be close to enough for me.

TBH yeah, that’s all it takes in the gaming community. The media and fans are fickle.

They've spent the last 15 years just getting better and better at making Witcher titles. They spent years updating past titles, for free, adding quality of life improvements and added content.
They are some of the last people to put out legitimate expansion packs, priced them humbly, and they are longer than most games.

They run the most consumer friendly digital games store out there, and make almost no profit in doing so.

Yeah; they messed up with Cyberpunk. But just like you're questioning why something like this should "redeem" them, I ask why one fault after everything I pointed should they be condemned for one faulty release.

It's not that Cyberpunk was 'one fault' it was their deliberate and deceptive lies in terms of the console version of that title.

Just keep rereading what I said until you get the point.

Yeah man, they did all that to gain our unconditional trust so that they can give us a huge F#*K you! And make more profit than they have ever made in their lives! All the while knowing exactly what they were releasing to us..... Dude, open your eyes.

Already have it on PC; might need to grab it on the Series S on the next sale now. Or find a cheap code. I almost grabbed it on the last sale, but was expecting that this was going to be handled as a new release.

To think like a single mistake is to go out of context. Cyberpunk shows a shift in the company's direction, a shift that brings it into line with industry-standard bad procedures practiced by other companies like EA, Blizzard and Ubisoft. We must fight it.

For what? It looked better on PC years ago with all the mods than it will on this "remaster"

I take my Series S on business trips.

Love the console peasants downvoting you.

Right, ok, thanks for that info, really important.

And I, in turn, thank you for the immature and needless attitude.

"Restore the Reputation" Not for me!

Not for me, a remaster of an old game isn't enough to make up for a completely broken game that took 8yrs to make and was still a broken mess, even worse the damage control and talking about it like we're all stupid. But yeah remaster an old game and we're all good right? Absofu#@inglutely not.

I'm still waiting for the next Cyberpunk "DLC"...

Yeah we do, they said it themselves, made a point of ray tracing, let's see how pitiful their solution is.

No it won't. Nice try though.

Just trying to understand the logic of some individuals on here. So CD Projekt Red needs to restore their reputation over Cyberpunk 2077? What does that mean for actual awful developers like EA & Bethesda? Or is this the new whipping boy for some? Do people forget the possible lawsuits Bethesda was facing with Fallout 76 and their ‘canvas’ bags, broken game and constant milking of consumers? Or the anti consumer position EA has taken for years as well as terrible, uninspired bug riddled games?

Let’s all be very cautious. Keep your expectations in check people.

Maybe it'll look like their promotional demo that the final release gown downgraded from.

I'm hoping.
I know that the original showing was actually done in engine, so they should be able to make that a thing.

On the PC, at the very least, but both the Series X and PS5 are fairly capable machines. I'm just hoping for significant improvements. CDPR have a fair bit of good will to gain back.

I actually just started playing this on pc recently. Never finished my console playthru, but with the fast as hell load times I’ve been drawn in much more than before. Just met up with Triss though so I may just wait for this 4k update to finish playing. Though to be fair, the game is still extremely gorgeous to look at and very detailed. I can only imagine them really updating the lighting and updating only a few textures with brand new ones while allowing gpus to up-rez the rest