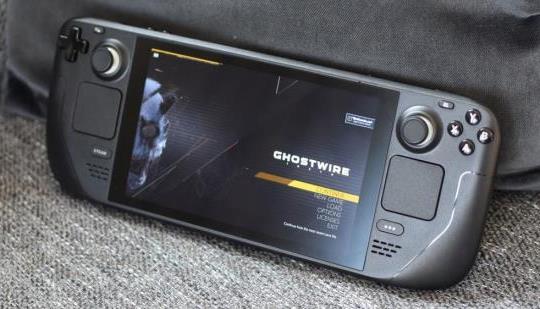 From RPS: "I’ve spent the past three days trying to get Ghostwire: Tokyo running on the Steam Deck, and have been thwarted every time by an impassable black screen that appears immediately after the opening cutscene: a failure of the next cutscene to roll correctly. Despite a possible fix being available, this has yet to work for me either, and now that the game has fully released it seems I’m not alone in my suffering.

Multiple users of the Steam Deck subreddit are also reporting these black screens, which effectively render Ghostwire unplayable on Valve’s handheld if you can’t get past them. One solution might be to install the latest version of Proton GE (Glorious Eggroll), a custom version of the Deck’s Linux compatibility layer – this has at least worked for the folks at Italian site PC-Gaming.it, who’ve posted footage of Ghostwire running decently with Low settings and FSR upscaling. Sadly, this hasn’t worked for me after multiple attempts and re-installs, and it isn’t reliably fixing the issue for those Reddit users either."

Black screen is the best way to play steam deck

Ghostwire: Tokyo Is One of the Best Video Games of 2022

Amazon Slashes Up To 67% Off On Select Games

Amazon Slashes Up To 67% Off On Select Action Adventure, Fighting, RPG & Simulation Games