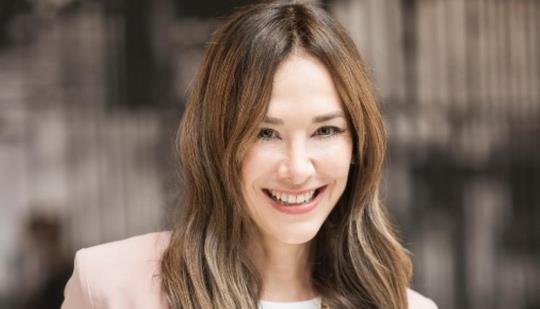 There's something a little different about PlayStation's plan to acquire Haven Studios. Historically, Sony likes to have a little dating period with a developer, where they might release a few games together before they get married. It's what happened with Naughty Dog, Guerrilla, Media Molecule, Insomniac and Housemarque. Yet Sony announced its partnership with Haven a little over a year ago. The developer may be full of established faces who are responsible for hit games such as Assassin's Creed, but it's still a new studio. It's still growing. It's not even announced the PS5 game it's working on, let alone released it. So why do the deal now?

"Obviously we will always carry on making these single-player narrative-based games such as Ghost of Tsushima, The Last of Us, and Horizon Forbidden West," Hulst emphasises.

I think Sony slept on FromSoftware (after demon souls success)!
I wonder if Sony is looking to purchase a Japanese dev that would be cool. I expected them to buy Level-5 in PS3 days but now they are publisher. I love and prefer Single player games :)

What was the last Japanese studio that got bought by Sony and when?

It is my understanding that Japanese companies doesn't usually buy each other and that mergers are far more common. Like Square-Enix or Bandai-Namco.

FromSoftware isn’t an independent studio though, so Sony would’ve needed to purchase them from their parent company. It’s owned by a Japanese media/entertainment company, or something along the lines of that, and they’ve owned FromSoftware since before Demons Souls if my memory serves correct.

“ The Haven acquisition will continue Sony's investment in live service and multiplayer games. ”

This is all part of money already spent which is being announced now. There is still a 10+ billion dollar question that will be answered

Sony usually invests like they did with square enix when they were going through a rough patch. They asked Sony to buy the shares and once things stabilized Sony sold back the shares

Sony is looking to buy big. My guess is they will target Capcom and square enix. But just like Ms Sony won't make all games exclusives. I think times are changing and we will see more cross platform support from both which is great

I think spreading out the acquisition portoflio between established and growing is not a bad idea.

A company with confidence in their values can acquire noobs and instill those values.

Well I’m sure all the acquisition going on in the industry motivated Sony to pull the trigger. But funny how quick Jade was willing to sell. Not even one game under the new studio. I think they must of been angling for this from the get go.

...must have been angling, not must of.

Lol, thanks for the input.

Sony must be betting big on this game to buy this studio so quickly.

Makes me even more curious to see what exactly it is.

I think this is the supposed first 'terobyte' game whatever that means. As long as it doesn't require 1000 gigs of space on the SDD lets do it lol. In all seriousness, It SOUNDS like some kind of MMO.

If they make money from these games it’s fine with me if it’s helping find the single player stuff . I do t like live service as I do t have the time to play these never ending games and usually the quality is lesser than you desire . When I was younger I loved Everquest and FF11 but those are MMOs they are slightly different but are still live service imo. If they make a great hardcore VRMMO or MMO like EQ when I retire im in !

Nope, the studio is not full of established faces that are responsible for Assassins Creed. In the worst case, it was just Jade having a lot of luck while they produce just vaporware or something unsuccessful.

What games has this studio even worked on? I have never heard of them and I tried to Google their games.

They are a new studio.

The chickens have come to roost

“The Haven acquisition will continue Sony's investment in live service and multiplayer games.”

They're getting ready to built up studios so that they potentially have something similar to Gamepass. this is just my assumption. Sony is known for their single player games, but their Multiplayer games are lacking.

Confused/disappointed that Sony's apparently bought a studio that hasn't made anything. Be better if they directly hired the talent who formed it.

Studio hasn't even made a thing yet