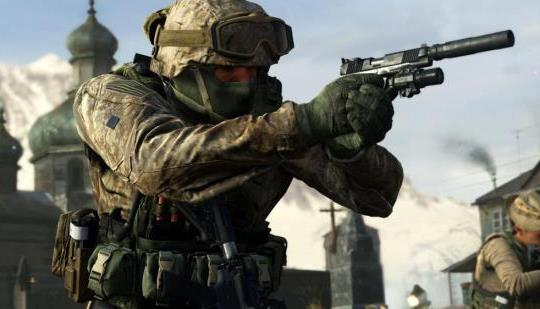 With reports suggesting that Activision is skipping its annual Call of Duty release in 2023, a lot of us are expecting to be playing Infinity Ward’s Modern Warfare 2 for at least two years before Treyarch’s next main series CoD game comes out. I’m not impressed at all by the thought of this. In fact, two years of an Infinity Ward Call of Duty game, Modern Warfare sequel or otherwise, sounds like hell.

Now, I don’t hate any of the Call of Duty games from Infinity Ward – in fact, 2019’s Modern Warfare was one of the better FPS games I had played in a while when it launched. But, when you compare them to the titles made by Treyarch, there’s a clear difference – and Treyarch comes out on top in my opinion.

Not to mention the fact that no older call of duty games are still online, definitely not most of them at all

The author is Treyarch biased. Hence got anxious when 'no Treyarch CoD for 2023' rumor started floating around.
Basically the author eagerly waits for the next Treyarch title and in the meantime tolerates the other CoD titles during the 2-3 years in-between wait period (as long as the next Treyarch is confirmed for launch).
Since the cycle might break starting next year, his Black Ops withdrawal symptom has kicked in early, hence the article.

No, CoD taking a break for at least a year is the best thing to happen to the franchise

Long overdue. Skipped a few myself. Need to go full next gen

Well that title seems a little dramatic and not really reflective of the article. Probably better stated that he’s disappointed he’ll need to go a few years without a treyarch title.

The series was more interesting to me when it was a bit more grounded. Ill qualify that by saying I don't play online... so there is that.

Let's hope both games are good and fresh with design/modes. All for saving developer sanity and actualizing better experiences.

Using 5 different developers for COD games and support is hell. They don’t need cod to prop up their numbers anymore. Freeing activision IP and letting 3 or 4 of those studios hop off of the COD train is amazing. I support this even if you as a cod diehard absolutist goes through physical pain because you have to wait an extra year.

Are we really complaining that Call of Duty might finally take a break for a year, and we'll be stuck with the sequel to Modern Warfare, which was arguably the best Call of Duty game we've gotten in many years? Also the writer says Modern Warfare had "sluggish gameplay and drab visuals" and then points to Treyarch games as not having that?? Are we playing the same games? Lmao

A 2 year life cycle with tons of extra maps and weapons would be awesome.

It’s probably a good idea to finally give Treyarch enough time to actually do a good game. We know they have talent, let them finally use it.

Lol ppl think cod actually taking a year off. Im sure ms spent 70b to make less money off a yearly best selling franchise. Keep in mind if it goes to gamepass it will already be less revenue as far as what cod brings in.

bruh just play something else

I play the same games for years, if you're having fun keep playing, if not find something else.

The open-world RPG "Geneforge 2: Infestation" is coming to Kickstarter on February 8th, 2023