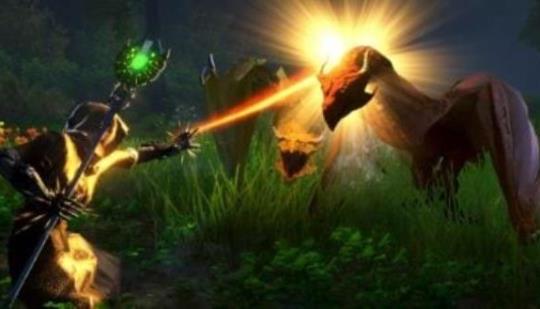 Shroud of the Avatar boss claims confusion over SeedInvest

From MassivelyOP: "The waters surrounding Shroud of the Avatar continue to get muddier after a letter to investors of the game from equity crowdfunding platform SeedInvest was vaguely discussed by Catnip Games’ Chris Spears.

Readers will recall that in 2017, SOTA’s original company, the Richard Garriott-backed Portalarium, ran a nearly $800K equity crowdfunding investment round through SeedInvest. But Portalarium folded and transferred the game to Catnip in 2019 following a series of calamities, including layoffs, free-to-play, whaling, playerbase collapse, delayed rewards, Richard Garriott stepping down, the new CEO denying his role, and shuttered offices. As we have continued to cover ever since, Portalarium was legally bound to make reports to the SEC and SeedInvest but instead left its own non-accredited investors in the lurch. Last week, SeedInvest told backers Portalarium had failed to provide those required updates – the first time the platform had made any public statements about Portalarium’s delinquency at all."

Adhttps://store.steampowered.com/app/1488200/Symphony_of_War_The_Nephilim_Saga/?utm_source=n4g&utm_medium=native&utm_campaign=sow_n4g_native&utm_content=png
- Comments (0)+ Comments (0)
TopNewestOldest
The story is too old to be commented.
120°4