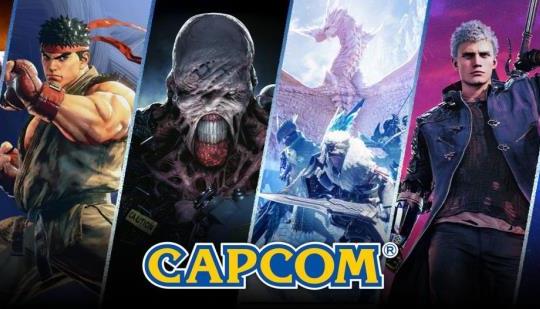 Saudi Arabia’s sovereign wealth fund has invested in Capcom and South Korean online games publisher Nexon to the tune of over $1 billion.

Oh boy, this will go over well. This is the same sovereign that ordered the death of the journalist Jamal Khashoggi. Among other things.

Government just needs to stay out of video games, period. I don't trust any of them to not push an agenda.

Well it's not exactly governments pushing the agenda but instead the sponsors of the the different parties that push the agendas.

In some cases it's all the governments doing but it's not always that clear cut.

I knew Sony should have just purchased Capcom over Bungie. So since it's Saudi's I am guessing female leads will need to cover their heads and games will be heavily censored?

Nah. They're just looking for diversified profits. I'm sure they'll overlook those very sinful western things in favor of riches that come in black goo or green paper.

Saudi Arabia doesn't own Capcom they just invested in it. Anyone else could still purchase Capcom with enough money.

Interesting enough from the article it says Saudi Arabia stands to make profit from the Activision deal because they invested in that before the MS takeover.

Could they know some insider information on some upcoming sales?

Hopefully that inside information is Sony buying Capcom. I game on PC but still want Sony to do well in the console space

The Saudis know everything

Capcom might not have wanted to be bought. They might have wanted funding so they can keep doing their own thing. Saudia Arabia came out of left field though.

At least nobody won’t buy Capcom now which is good for Multi platform owners I’m sure Sony would buy Square Enix and maybe sega instead now.

If anything, Nintendo, but that is just the fanboy in me, I don't think it is possible nor plausible. The only reason they have an inside lane is nationality with both being Japanese companies. A handheld connect able switchlike console that can connect to Sony PS and then you have the creativity of Nintendo on a much more powerful console. Imagine VR. That would break the internet. Not gonna happen since nintendo is practically printing money

This is just wrong lol. So Saudi Arabia invested in Capcom. Supposedly they invested in Activision previously too, and we all know who just bought them last month. They basically just want a piece of the profits from the sounds of things.

Maybe they bought the chunk to turn it for profit in what they think is an imminent purchase. This is approximately a 15% stake.

Please buy them Sony! Fast! Sony vs capcom? Put the EVO purchase to use.

They can buy 15 to 20 Insomniac-level developers with that money, that ain't bad at all

Capcom is half of that.

There's a HUGE value difference among the big publishers.... Capcom isn't even in the top 10 it's number 16 in revenue. In comparison Activision's revenue has consistently been around $6 - $7 billion, and Capcom has been $700 million.... There are more things to take into consideration, but Capcom is very purchasable as shockingly it is more of a Bethesda teir studio. Where Capcom gets expensive is legacy IP, but SF is the only one that still sees "consistent" production.

Capcom is being carried by Resident Evil and Monster Hunter which are two big franchises, both of which I can see Sony wanting to turn into a Live Service game if they acquired them. So it's very possible they could be bought.

Nobody want those processes, inorganic, GMO stuff no more. :)

Microsoft’s reckless spending spree forces their hand. Should they just stand still while MS keeps subtracting entire multiplat game publishers from their ecosystem? Of course not. I hate this consolidate Spencer’s started, but now that it’s in full swing, Sony should absolutely buy Capcom and remove those games from Xbox. They need to fight back better than an SIE ww studios independent multiplat Bungie.

Sony buying Bungie wasn't them "fighting back" at Microsoft. They were in talks to buy Bungie like 6 months ago. Before anyone even knew MS was buying Activision/Blizzard.

Interesting. I wonder what their plan is

I’ll give my money to the Chinese over the Saudis any day. Looks like I’m done with Capcom… that sucks.

I'd rather give my money to neither country tbh.

Or you could educate yourself. https://www.wsws.org/en/art... Instead of buying into the manufactured consent being pushed.

@TheLigX
Did you know that China has been killing muslims in their nation for years? And yet you'd rather "give my money to the Chinese over the Saudis any day." And they've also been trade partners for hundreds of years even before the U.S. was even born.

Lmao. Further proof you are from China.

Further proof that you have no idea what you’re talking about. The CIA tells us to hate China and you trust them? God we really are fucked.

MBS is liberalising the most Conservative country in the world. He'd want Chun Li in Bikini.

are murder and public executions included?

With the acquisitions going the way they are if MS buys Capcom they are looking to make a large amount of money.

"It's not about the murders. It's about money, power, respect...nothing personal"-some Saudi guy that looks like Tony montana.