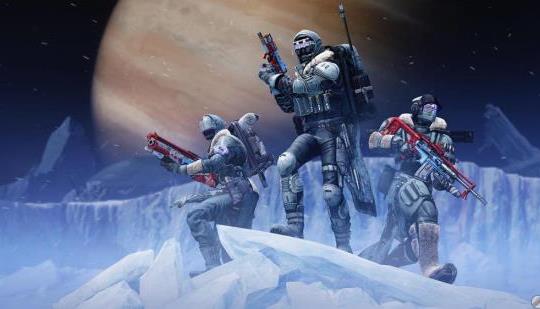 Welcome back Link Cable Gaming fans, Zahi here after the aftermath of another huge announcement in companies buying more companies. Sony Interactive Entertainment bought one of them (at the time) a few active independent studios out there, Bungie for 3.6 billion $. As a personal long-time fan of the company and of the worlds they create, where could a partnership like this lead?

Sounds like it's more of a partnership/investment than Sony's typical acquisitions, giving them better security and growth but staying multiplatform and slightly more independent. I was hoping we would see a single player affair as a result, but it sounds like live service is where they wanna stay which is a bummer to me, but whateves.

Thank you for your comment isarai. Love to hear the feedback.
You know, I’m hoping one of the games they have in development is a Sony single player exclusive.

You're just gonna sweep it under the rug about Sony churning out a bunch of Live Service stuff? Man if this was any other company it would be pitchforks at the gates. A few Live service games is fine and dandy but releasing 10 in 4 years is going overboard and it doesn't guarantee quality of those games. I can only see 2 or 3 being pretty good.

Seems like Sony gets a free pass on everything they said they're not gonna be doing.

Ummm... what? This is about Bungie, not their statement on "10 live service games". Since you asked i'm not "sweeping it under the rug" i already stated in another comment that i hope they arent using their top talent for that because Sony 1st party games have always had a something special about them, and turning them into live service shills would ruin it for me. And honestly would really kill the platform for me, or at least drastically damage my affinity for it. They dont get a "free pass" i criticize them all the time, demand better and you get better.

No. We're just going to sweep this comment under the rug.

The one thing Gamers said Sony lacked on was multiplayer online games. They have single player on lock. They bought Bungie who does service games. They didn't announce that Naughty Dog, Sucker Punch, Sony Santa Monica etc would start making service games.

2 possible games a year for online players is not extreme. That's the investment in Bungie. Give online gamers something for them. There will be possibly another announcement or acquisition of a company that only does service games. Or, the Bungie hiring spree and 3.6 billion is to cover and invest in those games.

"But but but the sky is falling. The wolf is near."

You tell us what Sony should do to keep online gamers on their platform who like playing online games? And, after recent announcements of Microsoft buying publishers who specialize in making online games, that might lead PlayStation gamers to migrate to Xbox. After 70-80 billion dollars spent, that still puts Microsoft behind Sony. Sony wants to keep their position and their market share and keep their profits from slipping.

Ummm... what? This is about Bungie, not their statement on "10 live service games".

I agree as long as it doesn't become a huge focus and Sony continues to deliver their bread and butter which AAA narrative story based games.

I also mentioned the word "sound" doesn't mean we're talking about music or sound design. Subjects are more than a single word bro.

Still waiting for those answers.

They bought one company that does online service games. The question is on who is the other developer or if Bungie is capable of launching 2 a year like Activision making their yearly COD. Now, compare those 2 service games to the amount of developers Sony has that makes single player games.

What if Sony announces MAG online reboot or Socom online or the return of Warhawk online reboot for PS5. Does that interfere with games like Wolverine, Ghost or Spider-Man 2? Nope

Unless Sony drastically changes their model of making single player games in favor of services games which we know they won't, it's fear mongering.

We're all waiting for these answers instead of, "if this was any other company" spewing.