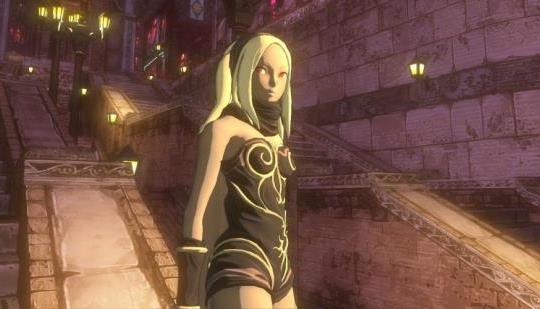 The Story of Gravity Rush: The Series That Never Took Off

Gravity Rush is a unique series where players can manipulate gravity, but the franchise has had plenty of difficulties to overcome.

If it had fully animated and voiced cut scenes it would have done a lot better.

Really doubt that. It had a distinctive style that was part of what made it great. The issue is, you just can't market that game to everyone and expect them to be interested. It's a niche styled game. Personally one of my favourite series but I'm not going to lie to myself and think there was much that could be done to get the series more interest with what was there.

I think they really should have left the second fame open ended because it makes it near impossible to make another game following Kat, and Kat is so likeable that it's sad

I love Gravity Rush and Gravity Rush 2 to pieces, but no. The whole Bande-Dessinee style is what made the experience. It's faithful to an original era.

Loved this series. It was groundbreaking for me on the vita with gyro and graphics. Shame it didn't get the attention it deserved. The second one was better in every way too, such a shame

Agreed. And I'm incredibly bummed to know Sony won't go back and at least give GR2 a 60fps bump. That game cries out for it!

Glad Sony at least gave GR a second chance, but it is always a bummer when new IPs that have unique artstyles & mechanics don't perform. Sort of cements why we get so much of the same-old-same-old. Why try something new when you can apparently rehash the same old thing again & get more sales? Wish we got to see what GR would have looked like as a native PS5 title.

Really fun games, they could use a better mission structure, yet the core mechanic is addictive

A shame, really, it was a GREAT IP.

Starts slow but it gets better as the world opens up and the powers start trickling in.

The best IP from Sony IMO

They have so many great IPs from over the last 25 years that’s hard to say for me but it’s definitely one of my favorite Vita games along with Danganronpa , Steins Gate , Persona Golden and probably a couple others I’m forgetting .

Not saying they don't have other great IPs, but Gravity Rush was so unique in every way, that to me, the experience will never be forgotten.

I really liked this series, I think they should make more. Use new characters. Do a whole new world. The possibilities are endless.

Man these games reeled me in, I love them! Great stuff!