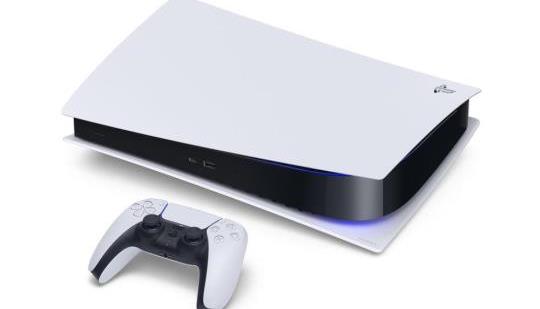 Adhttps://www.releases.com/?utm_source=n4g&utm_medium=native&utm_campaign=c1
- Comments (12)+ Comments (12)
TopNewestOldest
The story is too old to be commented.

Lol a nice reminder for everyone who whines about the lack of BC for older PlayStation generations that Sony released a PlayStation that could play all prior generations natively (at launch PS3 had full BC with PS1 and PS2) and people weren't rushing to buy it.

Feels a bit like a strawman to me, to ignore all the other things surrounding the price & launch of both consoles, and then point to backwards compatibility as the sole (or at least primary) differentiator in sales. It isn't like "if it doesn't have it, I won't buy it!" for most people, it is more a nicety to have once you do buy it.

And, of course, PS5 has direct PS4 backwards compatibility, some games getting specific boosts for PS5 and others still runnable in PS4 Pro mode. The immediate prior generation is always going to be the most immediately "necessary" one, with older ones being the cherry. It isn't like PS5 is thriving with no BC at all. There's definitely *some* value in the BC included in PS5; to whit, most of the games I've played on my PS5 so far are boosted PS4 games.

I really do wish Sony would add backwards compatibility for old consoles, though. Wouldn't it be nice to be able to play all PlayStation games in one place? To either play discs you own, or hit up the store & pick up some old favorites? My full-BC PS3 died, so I have to have my PS3 Slim & PS2 hooked up to go back to older games. Perhaps you don't care, but plenty of people do. There's little reason Sony couldn't add functionality for at least PS1 & PS2 (not to mention, probably fairly easy to do PSP & PSV as well). Make PS5 the hub for all things PlayStation!

I agree with basically everything you said. And since you and I bought a launch PS3 with full BC, we have the right to complain. If we complain about the absence of BC on PS4/PS5, we are not massive hypocrites.

My comment is directed at the people who whine about how critical BC is, but when the chips were down and they had an opportunity to buy a PlayStation that could play all 3 generations of games, they were saying PS3 was the next Dreamcast and talking about how "Wii60" was the way to go. Don't talk to me about how important your PS1 and PS2 collections are if you were perfectly willing to trade the ability to play them for Red Steel and Saints Row. For that matter, it's pretty annoying to hear people complain about not being able to play PS3 games on PS5 when they didn't buy those games at the time.

It was the price tag that put people off not the Full BC and native hardware BC was one of the reasons why the launch consoles got expensive.
Then you add comparatively weak launch titles it was a hard sell.
Even Sony themselves lost a lot of money each unit they sold since I heard the launch model cost Sony an estimated $840 to make.

Sony lost money on it because even at $600 (everyone conveniently forgets about the $500 20GB launch version) the PS3 was a great value for everything that was included. It will probably always be the best console for the money.

Who would rush to drop $600, which with inflation is $800 now? If the PS5 was $800 it doesn't matter what it does when there is a cheaper Xbox with the same level of hardware and its backwards compatible too.

Lol me. PS3 was such a better value than 360 at that time. I actually cared about my old library though, unlike all the people who whine about the lack of BC now but were "Wii60" people back then. Launch PS3 is probably the best value console that has ever been released when you consider the tech included at the time of launch.

And the PS5 still not "Available " Scalpers still in control of High prices ,Sony doing absolutely Nothing about it. Best buy and Gamestop and other retailers joined the Scalpers High price wars.
for me I can wait until prices back to normal 599.
by that time Gran Turismo 7 is on Sale .

My personal observation and opinion of course.

I'm curious as to how you'd suggest they fix the situation? PC and xbox are also suffering this situation, so presumably it's no piece of cake.

The Valiant is a new action RTS that is coming to Xbox, PlayStation and PC

How Many Evil Dead Games are There? A Complete History