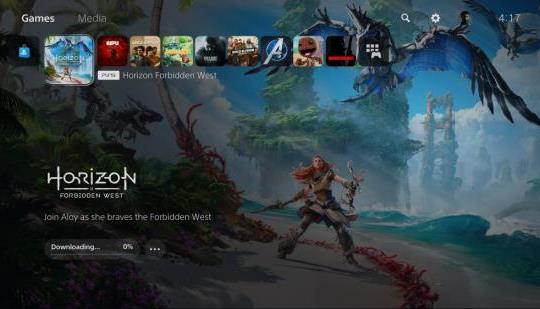 Eirik Hyldbakk Furu: "Horizon Forbidden West will finally launch on PlayStation 4 and PlayStation 5 in just three weeks, so I know many of you are extremely excited. I am as well, but not for the same reason.

Because I don't have to wait for my copy anymore, as Sony has been kind enough to send me a review code. They've also allowed me to reveal that all reviews can be published at 8.01 GMT / 9.01 AM CET on February 14, so mark that in your calendars."

Adhttps://www.youtube.com/watch?v=EjfojxXOobE&t=463s
- Comments (17)+ Comments (17)
TopNewestOldest
Expand all
The story is too old to be commented.

And a Valentine's Day reveal on top of that. Will it be love a first sight? Find out next time!

Meaning cynical no-life gamers writing reviews will be extra bitter and infantile when writing bad reviews for clicks like they do for every major release.
I will not be clicking on a single one of them and neither should you.

I wonder which site shits on it for no reason, there's always one. No review needed for me day1😀

Well yeah, it's a PlayStation exclusive so the automatic envy and sodium will be present in one way or another from some ''Journos''.

Sony traditionally sends all of their 1st party games 10-15-20days before launch to reviewers and usually has the embargo lifted 2-5days before launch. Its a very nice practice which I wish other publishers followed too (some do in a few cases but Sony does it with almost all of their games). It is very annoying to receive a code for a 30-60h game 3-4 days before launch and then work yourself to the bone and play overnight with liters of coffee for support, to manage to meet the launch date and publish your review on time. First, its brutal for the reviewer and second, its bad for the reader because noone can really play such a game very thoroughly in a short span.

I'm happy that where I've been writing for the past 15years, the chief editor is super cool about it and is happy to miss the "embargo date" extra clicks and release a review even two weeks later, to allow the reviewer to see the game properly and write a thorough analysis. And so, I'd be even happier if we had more publishers follow Sony's example on this front, its just better all around.

Same but I wish Sony would stop sending me emails about pre order lol, it's ok Sony I'm buying it ffs chill haha.

I get them for every game but Horizon oddly enough lol. Got like 30 for elden ring lol. A few for forspoken as well. Both games I intend to get though so I'm not too annoyed yet lol

Four days before review and clear embargo.
They definitely expect great things 🔥
We know it's going to be good....the question is how good?
I expect around 91 Metacritic and slightly lower for the PS4 version.

Fitting because I'm ❤️😍❤️LOVING❤️😍 ❤️what I've seen of the game so far.

IGN gave Horizon Zero Dawn on PS4 a 9.3. Their preview article of Forbidden West praises it and also says they are impressed with how much Guerilla Games have evolved the Horizon world. My bet, they will give it a 9-10. Guess we will find out soon enough. Day 1 purchase for me regardless!

Not worried about reviews . Forbidden West and Elden Ring are day one no question . Reviews are so full of crap these days I don’t even bother . Overhyping games and underscoring others for lame reasons I’m just tired of reviewers.