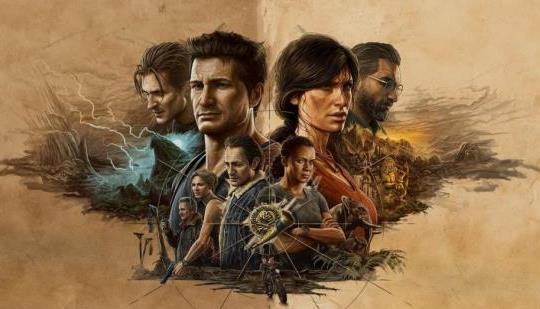 Uncharted: Legacy of Thieves Collection is a revelation on PS5 | Polygon

Both newcomers and longtime fans will find a lot to appreciate in Uncharted: Legacy of Thieves Collection, although they won’t find the original games’ serviceable multiplayer component.

Adhttps://n4g.com/General/Sponsored/arise
- Comments (30)+ Comments (30)
TopNewestOldest
Expand all
The story is too old to be commented.

I don't understand the gushing here. I have both a series X and a ps5. I LOVE the Uncharted series. I loved Uncharted 4 and the Lost Legacy on ps4. Finished both. I also pre-ordered the Legacy of Thieves Collection for my PS5 (the countdown clock is looking at me as I type this). But there lies the rub and what kind of irks me about the PS5. I had to pay for basically a frame rate boost and some slightly better textures and am technically getting less of a game (no multiplayer etc). On the Series X, MS routinely updates games with these kinds of upgrades for free. and when there isn't an official patch, the system can a lot of the time run these games in FPS boost mode (as well as auto HDR) at the press of a button. I can't help but feel like comparatively, Sony nickels and dimes you to death to offer things that MS gives you for free - and this is ignoring the cumbersome saves data migration, cloud integration, upgrade path bs, when MS does all this stuff invisibly in the background, headache free.

so while I am very much looking forward to revisiting one of my favorite games, I am annoyed that I had to pay for something that I get for free and is almost a given on the other platform. I wish people would address this while they heap on the praise.

At least thry didnt pull a spideman and lock it behind buying another game with no upgrade path... but sony has been milkinf its player base with these paid upgrades for sure

z2g said “ Sony nickels and dimes you to death to offer things that MS gives you for free”.

Yes, I would’ve liked the update for free too. But criticising Sony for not doing the same thing as Microsoft shows a lack of understanding about the industry. Microsoft is big tech, it has the second highest market cap in the world hovering around the $2 Trillion mark, that’s $2,000,000,000,000! It makes more in daily interest than many multinational companies make in profit over a year. That’s why it can afford to splurge $67.5 billion on Activision. That’s why it can give its first party games away for free with Game Pass, that’s why it can upgrade games do it free. Because it can afford to use profit from another part of Microsoft to ‘prop up’ the Xbox gaming division despite it never making a profit. It can do this as an investment so that in the future it dominates gaming. Sony is a big multi billion dollar business. But it doesn’t have the financial stability of big tech, in fact it had many losses which Kaz Hirai was instrumental in reducing. It had to ensure that every business endeavour it does is profitable. I’m not here to tell you to not complain about Uncharted, but don’t be under any illusion that Sony is the ‘bad guy’ for charging and Microsoft is the ‘good guy’. it’s simply doing this as part of its business strategy.

Yeah that is some BS. We should have seen how this gen was going to be for Sony right from there. I don't like how dependant they are being on these remasters and how they've been nickle and diming the fans this gen. They're letting MS get a solid footing the same way they did in the PS3 era.

Couldn’t agree with you more, TLOU 2 and GOW got free PS5 upgrades, why not this?

They got performance patches, not full on ps5 upgrades.

@pietro, this didnt get full on ps5 upgrades either.

You rebought the game at full price? Tbh if you have an issue about repaying and decided to do that. Your opinion becomes mute because you can't pre-order the 10 dollar upgrade that you should have done. You can't complain about something and do something to create a further issue just so you could complain. That's like me saying it's cold out so I'm going to take off my jacket and pants and go outside like that...

I will pay $10 to upgrade to this collection when it goes live, but I 100% agree with everything he wrote for the exception that I haven't pre-ordered & so at least won't have paid full price. So I wouldn't exactly call his point "moot" (I assume that's what you meant), but he did exacerbate the issue by paying more than he needed to, that's for sure.

“Your opinion becomes mute because you can't pre-order the 10 dollar upgrade that you should have done.“

Which begs the question, why can’t we just pre-order the $10 upgrade? How many people will have accidentally pre ordered the Collection at full price before realizing you can simply upgrade for $10 at launch?

You can always tell a troll when they compare consoles. He is lying or just really stupid.

Sony upgrades include controller integration and optimization as well, which costs development time. MS doesn't have next gen controllers or cutting-edge compression tech. Give the devs the meager $10 for their efforts. Tired of all the winning about not getting something for free when none of you work for free yourselves.

Like you I will get the newly pressed disc of both games, but unlike you I will wait until I can find it for cheap at Gamestop. I can still play my originals without the upgrade as there wasnt anything extra added to the core games. At first i was going to pay for the upgrade, now I am reading various points of view and coming to my own decision that the benefits of faster fps may not be worth it initially.

If I didnt already have lost legacy (on disc) then the $10 upgrade would effectively be for that game alone and the res/fps performance for both would be just a bonus. I guess I was hoping for more of a DC version of these games where there is new stuff added to expand the gameplay. As it is it is just like every other free patch only not so free.

Why would you pay to pre-order when it’s only a $10 optional upgrade when it comes out? Key word “optional.” If you did own it , you just bought the game twice when you didn’t have to. Also if you have just uncharted 4, the $10 also gets you the lost legacy for free. That’s a good deal. Stop trolling.

The Series X FPS boost and HDR features on a lot of old games is incredible. Gears of War 3 and 4 in particular look really great.

I haven't bought Uncharted 4, but I do have it through PS Plus -- haven't played through it yet. Thinking of getting this one just to play through it at the best experience possible. Also considering waiting because I bet it will be half the price in six months to a year at least at sales time.

Well said. I'm in the same boat. It's tiresome to see so many bag on Xbox for every reason and then turn around and defend this completely anti-consumer practice! They just don't know. I hear people defend it by saying stuff about the dual sense support and yada yada, but that isn't worth a damn upgrade fee in my eyes. That can and should be something patched in free for loyal supporters who bought your game last gen

It's sad that you have an opinion, but your actions are totally different. Ask yourself why are you supporting this garbage move ...with money.

Its not about $10, everybody has it... Its about the message from the consumer.

It's great that these got a little love on PS5 but I agree that it should have been a free upgrade for existing owners. This feels like a perfectly timed release to coincide with the release of the movie where perhaps they hope everyone is so blown away they go home and buy it. But, I'd wager a fair bit of those seeing the movies are fans already...

Can't wait to when we start seeing a steady supply of true next-gen experiences but I think that is still a year or more away.

You guys are aware we also get tickets to the movie as well....

Which only proves my point. Sees like odd timing is all. Don't get me wrong, I loved all the Uncharted games and cleaning them up is never a bad thing. Just looking forward to that new hotness is all.

Wish there was some kind of collector's edition

I’m so sick of these quick cash remakes and reboots! Someone make a new IP for Christ sakes already. Developers are getting really lazy and keep playing it safe.

There’s always a risk when it comes to new I.Ps, but this discussion isn’t about any of those things, but instead a next gen upgrade. Also most of remakes.. a lot goes into them. Building a game from the ground up on a new engine is no easy feat

Uncharted on PS5 forgets its most precious relic | TheSixthAxis

Share of the Week – Uncharted: Legacy of Thieves Collection – Landscapes

Set your sights with Sniper Elite 5 on Xbox, Game Pass, PlayStation and PC