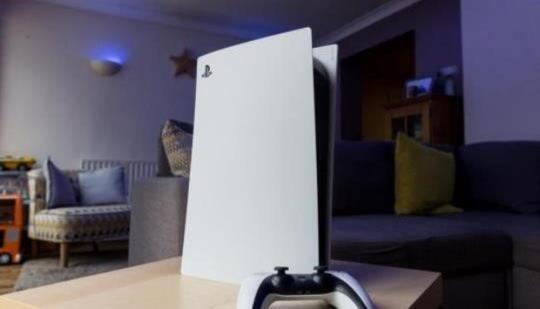 PS4 Games Are Showing Up As PS3 Games On The PSN

PS4 games have 0% trophy completion and show PS3 as their platform.

PS3 isn't going down with out a fight lol still my favorite Playstation next to PS2. I would love it if Sony could add BC with PS3 I just wish they threw in the PS1 and PS2 as well. Also wish there was away to add PSP and Vita to that roster as well both handhelds have a treasure of games.

If they even just started with the obviously easy ones, like PS1 and PS2, I'd be elated. We know PS3 emulation is coming along on PC, so if a bunch of hobbyists without direct access to all the ins-and-outs that Sony does, you'd think they could come up with something. I still have PS3 hooked up, but I'd really appreciate some basic upscaling if they manage a PS3 emulator at some point. 720p looks OK on some titles, but absolutely soupy on others.

But I would be truly ecstatic to find them turning the PS5 into the PlayStation Games Hub, where you can play literally every one of their past console/handheld games on it. Double bonus points if they can release a "Handheld Reader" that would allow you to use your existing physical media. That last one will obviously never happen, especially since Sony is clearly showing they no longer care about goodwill/bonus points, and mostly only dredge up the past when they can make a buck from it. Not to mention it feels like they are nickle and diming us more than they used to.

I still have my PS3 in front of me I use it to play PS3 games and the odd PS1 game I miss the feature that was built into the PS3. Put a PS1 disc in and away it plays I remember buying my PS4 trying it out and found out Sony removed that feature.

Had my ps3 next to ps4, didnt really play it. Then I moved it to another room and played it with my niece and now have ps4 next to ps5. I was gonna use ps4 for tournaments still which how I won my ps5 but now idk any more. Also have vita at top of my tv's stand shield under with emulators and roms and now laptop for steam or whatever. I rather just have all in one system honestly cause I rarely use any systems these day but ps5. If ya seen my wrap up of 2021 it was disappointing 2,005 hrs and it was all on 3 f2p games and overwatch.

Same i loved the UI on PS3 it was quick, clean, and easy to customize. PS4 and PS5 UI have gotten worse each gen when it comes to speed of sending messages and starting parties. They keep removing the customization every time they launch as well. It should be a simple feature to have from the start we shouldn't have to wait years for them to get around to it.

Clean? For it's time, sure. Simple and easy, much like PSP.

Quick? No. Not at all. The icons took a hot sec to load and if you organized your games into folders, it felt like it took a moment to pop up. In game, it was even slower. Launching applications took too long. In defense of the PS3 (which I grew to love), it wasn't created with these features - they came in later updates. I actually really liked the PS4 OS. To me, it was the best balance of easy and snappy.

Aha...hmm... I loved when you made a save game you would see a progres bar. Very quick indeed.

I didn't think that Backward Compatibility was something that was awesome? Who knew...

I use the backwards compatibility on my XB1 if it's a 360 game that has me curious I was going to try out the original Fable but turns out I bought the wrong edition. I had never played Fable but I just need to buy new cables for my OG Xbox and play Fable that way.

Emulation is the best bet at this point if it were to happen, and considering they finally have a console with a powerful enough CPU, it's possible, but only if they've been working on it for a while now which is possible considering all the constant patents and rumors.

Realistically if they go the emulation route they could upscale games from 1440p - 4K, which is an easy 4x resolution or 2x across both axis (720p x4 or 1080p x 4). The next thing would be game compatibility, as current emulation has around 65% of the library compatible, but I suspect PS5 to have way less to start off with due to license issues.

The goal for PS3 IMO, would be adding it to Spartacus as native games, but also and more importantly getting Sequels / PS5 remasters of those PS3 games into Spartacus. There were so many amazing franchises during that time that just got left behind that I would love to see direct sequels to.

Warhawk 2 (Not Starhawk, just Warhawk)
Puppeteer
Heavy Rain 2 (The best concept so far, IMO of QD's style of games)
Heavenly Sword 2
Infamous (but something on the scale of First Light / the Vampire DLC for part 2)
That Game Company's entire catalog
MLB (at this point it just needs to be in the service and ties in with the rumored March reveal)
PixelJunk

There would be so many games worthy of mini small budget sequels.

Lol. Just the other day I got a copy of Medal of Honor for the ps3 from the charity shop just so I could reply MoH Frontline (ps2 upgrade) HD.
If they bring ps 3 compatibles to ps5 then I can play 1 title, spread across 3 gens lmao

Native BC now that the ps5 has enough power to pull it off for select titles it might be akin to BC on the Xbox bit everything is BC from the 360 but confirmed functional games are.

If BC comes to PS5, I just wanna be able to play the games I already purchased on my PS3. Lost a backlog when I switched to PS4.

just from a software engineering point of view, how hard would it be to implement said emulation on a next gen device, if the source code of those platforms still exist in a database somewhere at Sony HQ?

For PS3 to PS5, very difficult. It has the power to emulate PS3 no problem theoretically, but the architecture is entirely different. That's where the roadblock lies. That would need extensive development and testing on a game-by-game basis for it to truly work.

I dont get how they couldnt just make it run on a virtual system? Brute force should be simple now. And sony knows the secrets of the ps3 so it shouldnt take them as long as the fan emulators.

Personally id prefer some remasters of my favorites of the ps3 gen. Infamous 1 and 2 need fps and transparency inprovements. A lot of the ps3 gen was just coming to grips with what looks good now that we are in hd.

It's not a power issue it's an architecture issue. Even if Sony knows the secrets, they know the development for a virtual system would be costly and time consuming. I think it would be worth it personally. PS3 was made to run the Cell processor which was a nightmare to make games for. Since PS4 and PS5 relied on x86 architecture it was much easier for BC to work with PS4 games.

I also prefer remasters as well as the games come out looking and running WAY better than they ever did on PS3.

Angels of the Zariman Review - A Wasted Homecoming - Lords of Gaming