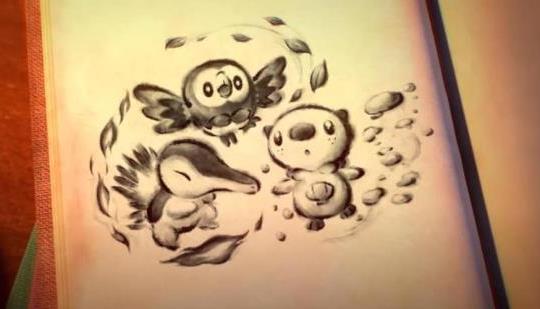 Dual Pixels: "The Pokémon Company has been an absolute juggernaut for the past two decades. Growing up around the 90s..."

I hope not. I wouldn't want games that look like they released on the PS2 to set the standard for future titles in the industry.

Pathetic way of thinking. You aren't a gamer just some pseudo tech wannabe.

You should definitely go back and play some PS2 games. Even if this game doesn't look great graphically, saying it's PS2 level just shows you haven't played those games in a while.

I just want a pokemon with a JRPG story on a level where its actually interesting. If this game can pull that off I might care, otherwise its just another fill a book with monster names game. I don't care about the graphics and it looks like the gameplay is interesting but I still am waiting for them to hire writers and make me care about the world or characters.

It has a story but so far 10 or so hours in the story is very odd.

I've played a good few hours on the title. You can tell it wasn't made by the same team who brought us the other titles. It feels much like a hub game, where you start in a village and go out, tick of challenges while following a very odd storyline.
You could easily remove the pokemon aspect of this game and get a generic Asian manga game instead.
The pokemon aspects work great, don't get me wrong, the open world deciding to battle pokemon is cool and being able to run around your battles are cool. But filling up the Pokedex and some of the side missions feel like a chore at times, many side missions are repeat missions with a different pokemon to find.

It is an interesting concept that could be worked on in future titles, for now it's somewhat holding my interesting. It was a very slow start to this game, a lot of talking and not playing the game.

no clue to be honest.

fans still dont like the way it looks.
we'll see in the next coming days

This game better be good and I especially love the botw vibes. Pokemon mainlines needed some kind of evolution and this is it. If its terrible and everyone hates it, gamefreak will go back to making the old traditional pokemon only again.
Dont mind the visuals as this is a switch game made by a company that isnt so good at that department. Only real gripe i have is still no voice acting....

In this day and age we still have hubs where you have to load into different maps🤦🏾‍♂️myste ry dungeon is one thing but if you're going open world go all the way and not half ass it. Would've preferred another colosseum or XD game.

5 Things You Can Do After Catching God in Pokémon Legends: Arceus

Famitsu Weekly Sales - Pokemon Legends Arceus is back at the top

Looks Like Sony Will Stop Making PS4 Games by 2025