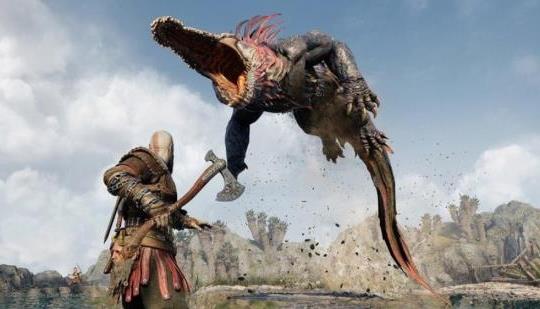 PlayStation is prepping for some massive game launches in 2022, but there are problems brewing on the horizon. Let's take a look at what to expect from PlayStation in 2022.

androidcentral.com
- Comments (40)+ Comments (40)
TopNewestOldest
Expand all
The story is too old to be commented.

When you're the market leader (Sony) you don't have to respond to the moves of your competition. They have to respond to yours. So far in the console space no one is responding to PSVR2. Huge mistake. They will dominate VR the way Nintendo has dominated the handheld market by being first to market, gaining vast experience, and possibly most importantly creating genre defining IPs and establishing unbeatable mindshare.

But I’d disagree with you anyway, Sony aren’t sitting and stagnating - they DO respond to things Microsoft do, and to a lesser extent, Nintendo.

“ So far in the console space no one is responding to PSVR2. Huge mistake.”

There’s no evidence of this being a huge mistake though. VR needs to blow up for that to happen and it doesn’t appear to be doing so.

If you have even an ounce of foresight you can see that VR is the ultimate expression of the video game medium and will dominate it eventually for high end experiences.

I’ll believe it when it’s mainstream. Right now the adoption rate doesn’t really support your statement or show much interest from most gamers.

@Magog LEDs use point source lighting which is bad for the eyes. Combine that with the fact VR displays are like 4" away from the retina and that means VR accelerates macular degeneration. You're literally beaming an LED flashlight into your eyeball from 4" away for prolonged periods of time.

VR is the natural evolution of 3DTV but I find it odd that my PS5 can't play 3D blurays with the VR like my Pro can. What does that say about the adoption rate of 3DTV and the possible adoption rate of VR? It may be that they can address this when the VR2 comes out but that is still a ways a way.

And I've said this before but until they can address the lack of multi-user VR then it will always just be a singular experience. At least with 3D you could have up to 4 users all enjoying the content together. VR you have one person experiencing it and the others just sitting there watching. Where's the fun in that? Unless they are having fun messing with the person in the HMD of course.

If Sony were able to split a PS3 signal into two for their 3DTV then why can't they make the PS5 support at least two VR units? Maybe they will but it's still too early to say one way or the other.

I think 3D is pretty much dead at this point. Hence it's removal from ps5.

Psvr can be multi user, the feed from the headset it projected to the tv. There are also games where the non vr players interact with the game via smartphones. We use it at parties for games like beat saber and until dawn, people new to vr usually love trying these short games where players take turns. It's fun to watch how people react and fun to try.

Yeah that's why they are creating Spartacus because GamePass isn't a threat. You can't make this sh1t up

Psnow competes with gamepass in every single way except with day one titles and day one exclusives.

Ps plus has been putting day one titles on occasion though.

Sick and tired of seeing this false narrative that game pass came first when it didn't.

Thanks for proving my response.

Vr is still iffy. psvr has sold roughly 5 million units since 2016. That’s not that many but does lead the rest of the market due to its simplicity. Maybe it will selll more units this gen but it’s still a small market and not many games will have support for it. I

For a long time there were more pinball machines than video games but it doesn't take Nostradamus to see the evolution from 2D flat games to fully immersive 6D VR worlds is a quantum leap in quality and immersion. It's literally the difference between Frogger and a Holodeck. Which is more likely to dominate the future of gaming?

I understand what your saying but Sony won’t be the company to make it happen. Seems like Facebook and Microsoft are ahead of the game which is the metaverse (don’t agree with). Sony would basically put all their money in one basket to make it happen.

I'm personally set for most of the year...HFW, GT7, MLB22, GOW and side dishes like Elden Ring & Sifu.

Xbox has had a really brutal go so far. The way people talk you’d think the opposite. 12 months from launch to get Forza Horizon 5 and Halo Infinite. Another 12 months to get Starfield and STALKER 2. 4 AAA exclusives in 24 months is not a great pace.

Regardless this article isn't about Xbox at all.

There's a rumor that Redfall is going to be delayed until 2023. Stalker 2 is a multiplatform game with a 3 month time exclusive deal at the moment

Yeah, Stalker 2 is a timed exclusive, but there's no confirmation that a ps5 version will be available after three months, we have no idea how long it will take.

@Captain yep I saw that. Red fall in the summer was a just a place holder date unfortunately. Delays are too be expected. MS really can't catch a break it seems.

I played Crossfire X beta last summer. It's decent but nothing special. Stick to Halo

Stalker 2 is only a 3 month of exclusive.

This gonna be a stand out year for sony.

Just with the release of horizon, gt 7 and god of war i would be a happy camper.

Chuck in forspoken and ghost wire and the possibke release of psvr 2.

In saying that though unfortunately i do think sony needs to buy a publisher to keep pace with xbox for the future.

There is not much risk now as it will take years for MS recent acqusitions to bear fruit but we are talking about 30 plus studios that will end up all working on exclusive titles. Im gonna go ahead and assume/hope that those devs will also have all the time and money they need so am expecting great things.

When that times comes sony will need more than they have currently, as any acquisitions take a few years to bear fruit so dont thibk they should delay to long before all MS studios really get going within the next 3-4 years.

I fully expect mediocrity from Microsoft devs though. Especially the games they have more of a hand in. Hope they prove me wrong.

PlayStation releases only the highest quality titles...with the very rare average game once a generation.

those first three games you mentioned are what I'm buying this year for my PS5. I'm sure there will be others but for everything else i will play throughout the year, there is gamepass.

More of the same. Fabulous exclusive games to play.

Me I just want to get my hands on Ragnarok I am itching to play it and see if PSVR2 is BC with the regular PSVR games I have two Summer Lesson games I want to play.

I expect awesome titles. At least 2.

Probably will get more amazing titles but that's my bare minimum...2 highly polished and extraordinary games.

You can leave mediocrity to other devs. Sony doesn't bring that.

Agree 2Disagree 1
▼✖-+
SPAMInappropriate
Show all comments (40)
The story is too old to be commented.
20°