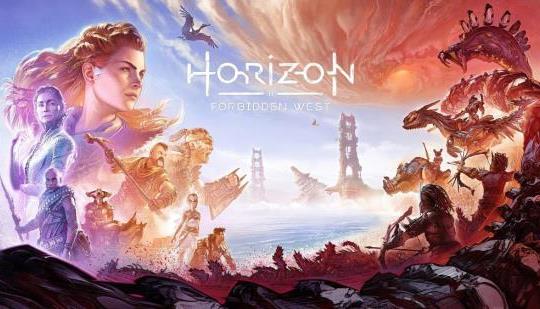 Horizon Forbidden West Has a Single Ending, But Player Actions Can Change Some Nuances

Guerrilla discussed the ending of Horizon Forbidden West. It'll be just one, but player actions can change some nuances of it.

Adhttps://n4g.com/General/Sponsored/arise
- Comments (44)+ Comments (44)
TopNewestOldest
Expand all
The story is too old to be commented.

i am okay with that, sometimes is boring to try to aim for different endings

If a game has multiple endings, I have a habit of researching how I get the "good" ending so I don't cock it up. This normally involved me reading all kinds of spoilers to do so.
When they don't and I.E what is being proposed here... I just enjoy myself more and go through at my own pace, without spoiling anything for myself.

I usually won't play through a game again for another ending, besides maybe really short games or games where the choice is pretty close to the end, and only for a trophy.. Otherwise, we got YouTube.

Will have to wait longer since I'll probably end up Gameflying everything(I have 4 months left(3 games out) and 3-5 day shipment to and from). So it's gonna be even worse knowing the game is out and I can't play it yet.

I started a new game+ on Zero Dawn for a story refresh intending on running through the main missions only and fast traveling everywhere to complete it as quickly as possible but I'd almost forgotten how amazing the game is and now I've ended up doing practically everything again. Can't wait for Forbidden West now!!

We're sorry your 100 hour run in Persona 5 is over prematurely. Please follow a guide next time so you don't have to play 225 hours to get to the correct ending.

It’s pretty easy to get the good ending in P5, without the need for a guide. That’s fine, it isn’t like Horizon is a rpg

Persona games have branch endings, but they dangle the real ending in your face. Who doesn't get the right ending in their first playthrough?

The good Persona 4 ending is not straight forward to achieve.

I disagree. I'll go over Golden since that was expanded.

In the confrontation with Namatame, you have the choice to do something that would really be out of character for the heroes in this story. If you really just play it true to what it means to find the "truth", it's really not hard.

Cue the next obvious step: one character was just too damn suspicious the entire time. You had to know. Then, also...Johnny Yong Bosch doesn't play bit parts. The fact that he plays two people made it obvious.

Finally, on the last day... You really just need to go to Junes.

It was extremely easy to get the true ending in both Persona 5 and Royal.

Facts. The true ending basically slaps you in the face.

you have to actually try on purpose to get the bad ending on persona 5, even then the game warned you multiple times that your choice in that particular scene is important, seems like you're talking out of your ass.

it's extremely difficult not to get the right ending in P5.

No I didn't miss the ending because I spoiled it by looking at a guide. I did put in the 225 for platinum though because I missed a text message from Mishima.

Most games don't need several different endings. It has RPG elements, but it's not an RPG. I just want a well handled story and narrative.

Wasn't aware.
That's right up there with some of my favorite RPGs had.
I didn't have doubt in the writing, but that has me that much more excited for the release.

The info is appreciated.

I didn't know that was the case, though I was recently made aware of Deviation Games. I'll definitely have them on my radar going forward.

As is the case with about 95% of games out there. Very few games have distinct endings and progression.

Looking forward to the nuance.

Good. It's not really the type of game to give players a choice of an ending.

It seems like a franchise where they know what they want for the story, especially moving forward in future games so having multiple endings would just mean they'd have to choose the canon one anyway

Honestly, some games with multiple endings and the choices that dictate that ending just makes no freaking sense as to why it would turn out the way it does.

When I got a PS5 I downloaded RE7 for free. At the end I had to choose giving the last serum to Mia or Zoe. I chosen Mia but heard if you pick Zoe she just dies.

That makes no sense and it's another example of why I find writing/story in video games to be god awful.

In regards to Horizon. I didn't care about Aloy or her story but I enjoyed just fighting animal robotic machines. I suspect the sequel will be the same results.

Maybe so, but the journey to the ending will be epic.

Multiple endings make crafting the story for future installments very difficult. What you end up doing is diluting the next game in the series story path because you have to account for all the variations....better to have a clear, concise vision for where you eventually want the franchise' story to end.

Mentioning the ME series proves his point.

They actually fix the ending to the 3rd game in the series.

The same as the first, which was a great game. Don't change what isn't broken.

That's the sensible choice imo. I want a good, tight story, as intended by the creators, not something that can end any which way and loses impact as a result.

I fully expect Guerilla to nail this given the first game's credentials.

Doesn't need multiple endings as long as it tells a great story which I'm 100% sure it will.

Sounds good to me. I find that even if I like a game trying to get different endings is often more tedious than not in the long run.

I'm sure it'll still be a good game.

As a Series X owner this is one of the games that genuinely look next gen, and is one of those franchises that I want to get my hands on at some point.

It doesn’t need multiple endings. It’s not an RPG either. It’s an action adventure. One ending is fine. This is one of those “the journey” is the story kind of games.

Horizon Forbidden West Is Reportedly Getting a PS5 Bundle

eFootball 2022 finally gets its mobile version in June