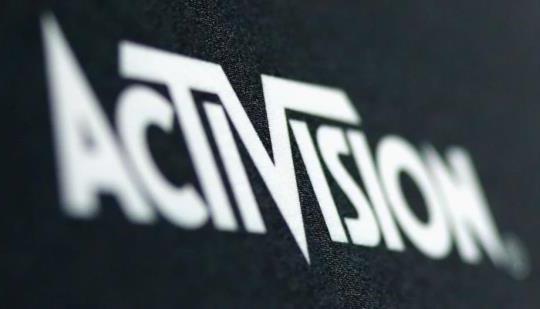 The announcement, in an industry where unions are rare, came on the heels of Microsoft’s acquisition of the company.

Adhttps://n4g.com/General/Sponsored/arise
- Comments (28)+ Comments (28)
TopNewestOldest
Expand all
The story is too old to be commented.

Microsoft has a lot of headaches on its plate now

The same with every major aqcuisition.

I think it is more….

1. If this union is for real, that is a huge pain in the ass especially in a white collar industry like this. Unions can be good, but they also have a lot of power to cause problems

2. Activision made huge acquisitions, a lot of fans think for the worse. To get Blizzard back on top of that mountain along with the dozen or so franchise that fans think Activision killed will be a big undertaking.

4. Then the usual acquisition struggles.

Yes, if you look at major aqcuistion of this magnitude, these are the issies experiences. It is highlight due to it being the largest all cash purchase, largest aqcuistion in gaming, and the level of complaints and current litigation of these alleged abuses. Activision is a mess and the mess started at the top.

I think when you have scumbag CEOs execs/ admins always squeezing more out of you, not sharing a little bit of obvious profits, crunch timing you, harassing you, a union is
inevitable.

Companies don't like unions because it cuts into profits. To which all I can say is a sarcastic boo hoo

Agree. Getting billions and exploring their workers...

Lol I'm sure you meant to type 'exploiting', but weirdly 'exploring' might work just as well given all the accusations they're wading through right now..

It’s more about the equity. It works for mundane shit like pushing a button on an assembly line or turning a wrench. When everybody does the same job it’s easy. When you get into the creative space it gets messy. Equal pay and equal work for people who aren’t equal at their job leads to shitty product which leads to a company imploding. Look at how ridiculous the voice actors union shit is lol.

Companies don’t like it because the productivity is cut in half. It’s human motivation, “if you aren’t doing that then I’m not doing that”. Everybody knows these people in your workplace. Unions only facilitate it to the next level.

Crappy management also doesn't like unions because they lose autonomy and power to abuse workforce wich is something we know happens consistently in this industry. Unions are a needed response to management that doesn't realize that a happy workforce gives their company a competitive advantage so I find it laughable that you're talking about motivation. No one wakes up everyday motivated to work in a toxic environment in wich you're abused. You work in a place like that to pay the bills and only to pay the bills

Thats not how unions work... its not same pay for everyone. Ive been part of one for over 20 years. The union as far as pay focused on FAIR wages for the job as well as consistent and appropriate pay wages and cost of living adjustments.

It’s a tough balance isn’t it? Are unions the answer? Maybe. I wouldn’t be inclined to think so. Some smaller private unions are ok. It’s not a bunch of dumb rules it’s just standardizing job costs etc. I’d rather undercut those people though lol. All public unions ruin their respective industry. Police, teachers, etc.

Unions are not in the business of innovation but are high on empathy. They completely ignore the logical business and service side of human motivation and then ignore the consequences of ignoring it. That’s why it’s messy when it comes to creative spaces and education.

The BioWare B-team is what unions in gaming would get you. They would be forcefully diverse, paid fairly in a workplace you could eat off but you get Mass effect andromeda level content forever. Or at least sustained until they collapse. High empathy, low logic.

Free people innovate. Hungry people find each other and find a way. Complacent people rebel or get lazy. The rebels are easy to fix but the lazy spreads like cancer. We are all guilty of it. It’s that basic primal human motivation that most corporations understand very well and exploit it. High logic, low empathy.

Companies like activision completely ignore basic empathy, I agree. I definitely wouldn’t apply there if I were a game developer. Unless they paid me a lot more because their workforce walked out lol. I can empathize for a price. There is balance in all things.

Toxic is subjective. When I read some of the the complaints I laughed. “they were drinking beer at work”. Man I would love to drink a beer at work, wtf is wrong with you lol? Reskinning cod over and over while fu**ing off at work and drinking beer lmao? I missed out.. “I want conformity cubicles! I want to unionize!” What?! Talk about a few Karens, sexual predators and weirdos ruining it for everyone else lol

I'm so glad for them, let's see how this will affect (or improve) development time, blizzard is already know for their timey development, maybe this will help improve it, maybe not. The truth is that at least workers will feel safe and if they do things right, their work environment will improve.

Well.. IMO Blizzard can't really be compared to what they where earlier what concerns development time.
However. Yeah they have indeed had some serious development times in their early era. Leadership and what the CEO values is what decides quality and development time. Now many of the OG staff and leaders have found new work and the creative minds behind our beloved IPs have changed - besides the company name. We can hope that the next gen employees are as compasionate for the OG games and gets the right amount of freedom while at the same hold on a leash in order to be creative in a healthy workplace

I just really hope that this Unionism and the Microsoft deal will improve their work life environment and crunch times.

I wonder if MS is going to keep the activision name around like Bethesda or just dissolve it. That union will matter for the next year or 2 but when they stop being Activision employees it’s not going to matter.

Hope it's something innovative and not something stupid like the dog from cod ghosts.

As a union rep, myself. I'm happy to see this. The videogames industry is one of the most gross out there.

LucasRuinedChildhood120d ago (Edited 120d ago )

Fair play. Left, center, or right, all workers should understand that they have to band together to get a good wage. 90% of the time, politicians won't.

Not sure if you live in America but unions are in better shape where I live though (Ireland) where a quarter of all workers are in a union. I think it's only around 10% in America (used to be 20% in the 80s). I hope the percentage keeps increasing.

It is funny that a guy who's online name is TheRealTedCruz is a union rep ( https://archive.thinkprogre... ). haha. But hey, I'm not complaining. It's good to see.

The name is just an inside joke among friends. I absolutely hate the guy. One of the most smarmy had at the moment.
But yes, American. Though I'm majority Irish blood, funnily enough.
But yeah, it's an uphill fight, but I like to think we're doing good work.

Hopefully Microsoft can get things fixed. But the thing that ticks me off is Kotick's gonna walk away scot free with millions.

He was going to get away like that anyway, there is no way the board was going to throw him under the bus when the majority of it are his pals.
Plus he has a ton of shares so regardless of any payout for leaving, that alone was going to be a massive payday for him

It's depressing, especially considering all the stuff he's done over the years.

If you think for a moment Kotick himself didn't played a huge part in making this acquisition happen before he was drove away you are out of your mind.

Last year as the allegations started many sites noted that he was rumored to be soon walking away with up to 200m just for the 2016-2021 expansion bonuses (by contract he had a bonus proportional to all the acquisitions he brokered for Activision in that period), but it was largely put in jeopardy by the claims if the board eventually decided to investigate, put his contract on hold, eventually find him owing restitution personally or to the company itself, there was a real chance he could not see a dime of it.

Now MS purchased the company and instead he's going to finish his term, get his bonus as well as the value for his shares, many speculate he may be taking home a 10-figure payout.

I mean it's something, but a union of a couple dozen employees? Don't unions need to have some substance so they can be able to make demands?

That was my take, how a union would stop crunch times. They seem inevitable. I mean overtime volenteering might work but if you can’t crunch that means more game will be buggy. Vs no crunch and games taking longer to come out.

It’s looking awesome right now for Microsoft but if they don’t manage these studios correctly there value will plummet overnight. Making sure 30 something studios are managed right with some of them being already having a bunch of disgruntled employees is not easy task . Watch them just cancel that studio to send a message

2023 will be an interesting year for Microsoft and Activision