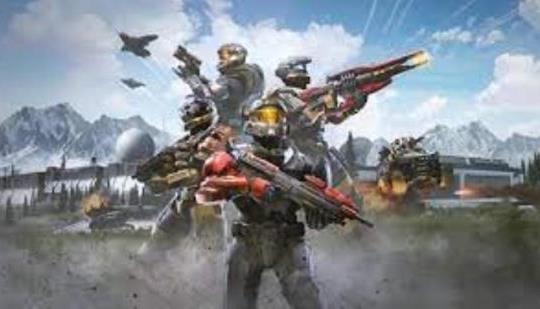 Adhttps://n4g.com/General/Sponsored/arise
- Comments (13)+ Comments (13)
TopNewestOldest
Expand all
The story is too old to be commented.

Every other week since the game came out, they've taken steps to address progression in some way. Earlier this week they lowered prices, and after this season we can start to actually earn some currency.

They're doing the right things now on the economic side, let's hope true skill-based progression can make season two and that they'll address the desync issues well before then.

Luckily, flavor of the week streamers don't actually stop people from playing it.

What made me not want season 1 was that there was no earnable credits. I get that maybe they didnt in the beginning was because all battle passes dont expire but still lame nonetheless. What I loved best about battle passes was that credits were earnable towards getting another battlepass and with some additional credits left over. But what I hated was that each seasons bp expire. Glad 343s been listening very well. Halo infs bp will now be the perfect example on how to do bps in the future. Might have to get season 2s bp now.

I preferred the days when you played games for fun rather than "progression." The only progression was your skill.

Is that your way of saying you're looking forward to Factions 2? Yeah, it should be good.

This is why I tend to dislike alot of online games, progression comes so slowly that I lose interest before I get too far into the game.

and watch it have a progression system

Great... now about that desync

Looking forward to Season 2. I know i'm late to jump into this in FPS games but I finally got my modded controller working with the Cheat mods I want. Finally I can play Halo on a level playing field, finally! Those that don't use cheats on PC or cheats with a modded controller are wasting your time in FPS games as it was pointed out to me for years and many of you that use these things already know this but up to 75% of gamers playing FPS games are using PC cheats a modded controller of some kind and those that don't are wasting your time in these games.
Also before you keyboard warriors start telling us that you don't use or need cheats of anykind and you do fine in Halo and Call of Duty and other FPS games using a regular controller well, good for you and that makes you'd part of the 5% of the 25% that has success that doesn't use them and that makes the remaining 20% fodder and nothing more. So if you've not leveled the playing field in FPS games already I suggest you do because Sony, Microsoft, Game Dev's nor game Publishers will as they do not care in the least about this once they have your $$$ and the cost of a modded controller is not bad at all.
To those that can fill a lobby with gamers that are friends that you know for sure would never use such things......
Much respect and good luck keeping that group going.

I guess I’m 5% of the 25% here. Honestly-I don’t even see the point of cheating. I don’t find it fun. I want to be good out of my own volition. Like everything-it takes practice and common sense.

Hey I was part of the 25% for the last 20yrs but I'm tired of trying to talk to the platform makers, game Developers and Publishers to take action because they wont.. My issues is when you game on console and pay $300 to $500usd plus tax for their console and then the cost of the game from $5 to $120 you should play on a level playing field and where everyone plays by the same rules....well, they don't and the Platform makers Sony and Microsoft with the Game Developers and Publishers do not care so PC cheaters and modded controlers with cheats like auto aim, shotgun snipers and many others are allowed to roam freely and do as they will so I've tried for years to stay in the game and have done well but by using these cheats i can do much, much better and apparently the the heads of industry fully supports cheaters as they only want your money or they would solve this problem but they have done nothing but collect our money and given lip service to the problem. So I suggest gamers that don't at least use a modded controller with cheats that they get one and be as open about it as possible and not hide it and deny it like so many do.
As I said I tried and many others have as well doing the right thing but clearly that does not work so can't beat'em join'em and be part of ruining as many FPS games as possible and maybe someone will take action to solve this problem other than banning those being open about what and why their doing what their doing.
Much respect to you for doing what your doing but for me its long past time to try another way.