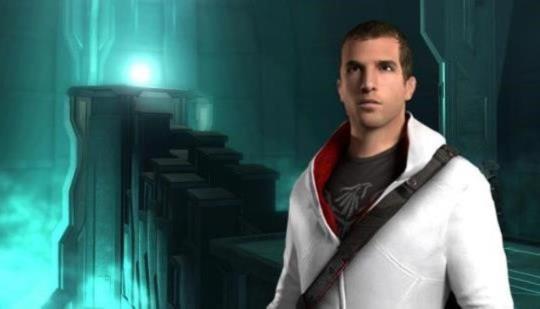 The original plan for Assassin's Creed - back when the whole franchise was planned as a trilogy - would have seen series hero Desmond blasting off on a spaceship.

Details of the idea, originally dreamed up by Assassin's Creed co-creator Patrice Désilets, have been published by Lars de Wildt, a researcher of conspiracy theories, religion and other beliefs in digital media culture at Belgian research university KU Leuven.

Adhttps://n4g.com/General/Sponsored/arise
- Comments (14)+ Comments (14)
TopNewestOldest
Expand all
The story is too old to be commented.

It's funny how the overarching plot of the game is basically "Ancient Aliens" but it's very rarely discussed.

And what’s more funny is despite the book Ancient Aliens is based on, Chariots of the Gods having been around for a long time the theory didn’t really become mainstream until 2009 when the show hit

Guess a writer must have been inspired by it

Chariots of the Gods was written by the main Ancient Aliens theorist and the theory was popular and widely discussed before the show aired.

Yeah but not that mainstream compared to now

Oh it's even older than that, at least 50 years older than Chariots... You see, the concept seem to be from the turn of the past century much like other modern speculative fiction and the accompanying pseudoscience, largely created/revived by writers like H.P. Lovecraft and Harold T. Wilkins.

In fact, Däniken (the "writer" of Charriots of the Gods - more like the drafter, the bestseller that made him so famous was largely the work by Utz, a German movie producer and screenwriter hired to rewrite it since no one would publish otherwise) seem to have plagiarized the concepts and almost all of his "evidence" from the french book of Lovecraftian fiction The Morning of the Magicians, written by Louis Pauwels and Jacques Bergier... This is another book the nutjobs famously claim prove the pseudoscience theory, despite the fact the very preface of that book have the authors jokingly tease the reader on the veracity of their claims against known history... Yet these numbskulls decide to heed it, as if someone who watched Inglorious Basterds was adamant Hitler died in a cinema.

Anyway... The idea of "paleo contact" or "ancient astronauts" actually peaked in the 60's, around the release of the book and largely by the promotion of Däniken itself, hence why we heard so much of him now whenever the theme comes up... But, realistically, it was mainly because of the space race that works like his found an audience, it made anything space related objective of curiosity in that decade, it was so popular a concept it was seriously considered by at least some of the scientific community at the time. By the mid 70's, however, it was already seem as a bunch of hard is not impossible to prove claims with too much contradictory non-sense threw in to even bother with, it became kind of an annoyance to scientists to even talk about the subject and you can easily find videos of NASA [edit]personnel rolling their eyes[/edit] at all kind of day time shows (which I guess started the tradition of trying to educate people on stupid bullshit being fake only for them to immediately turn and declare the jury's still out), it got so bad even proponents of other pseudosciences, like the UFO controversy, started to distance themselves since their fantastical claims at least didn't require easily revised historic facts to be wrong in order not to be disproved... By the 80's it was mostly relegated as a great subject for fiction again and not much else, basically were we're still today, other than for certain misnamed TV channels that is.

If anything, just be glad Assassin's Creed doesn't end on that space ship being dramatically swollen by a giant squid-headed monster which fades back into darkness to a tune evoking hopeless depression.

EDIT: As funny as it was, you will not find video of NASA dudes rolling their "asses". Also bad english.

@Magog @Foxtrot
They could have done so much with that & the Annunaki.
There is however an indie game that came out in 2021 that touches on & somewhat satisfies the idea :)

It instead ended up on a farm where they milked it to death.

It should have been a trilogy with an end for it. Other Assassins Creed could have been more than just copy and paste jobs with just different settings, updated graphics and mechanics.

I miss this series. What it could've been if it weren't in the hands of a publisher who just milks their games. The modern day portions got no love and in the end became the most hated parts, but they had so much untapped potential. Sue me but I liked Desmond

lol you what? Ezio trilogy was amazing though

You know Juno right, the bad guy of the Ezio Trilogy? Turns out they resolve her conflict in comic book only. After all the teases and secret endings, only to be resolved in the comic ugh...

I dont even know what the series is about anymore

The series is about Ubisoft making money off gamers who desire low quality, generic, uninteresting, filler titles, packed with endless, boring, repetitive grinding, and chore game design. Specifically and meticulously planned from the start to nudge dumb gamers into spending a little extra to unlock time savers to alleviate the problems that Ubisoft purposefully created in the first place.

Games don't need to be so long -- give me the tighter, shorter experiences

Assassin's Creed Board Game Costs 218k To Ship, More than Double 4 Months Ago

Here's Where Future Assassin's Creed Games Should Be Set