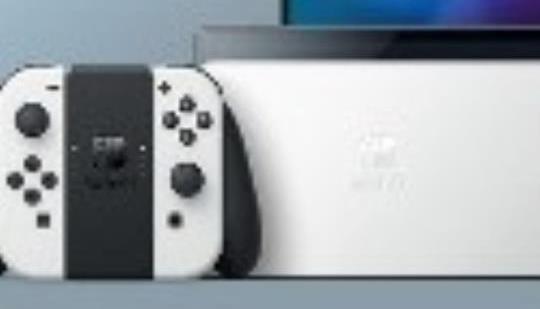 (From VGChartz) The Nintendo Switch was the best-selling console in the US in December 2021 in terms of unit sales, according to figures from NPD. NPD includes the dates for the five week period of November 28, 2021 through January 1, 2022.
The Xbox Series X|S was the second best-selling console, while PS5 came in third. The Nintendo Switch and PlayStation 5 were essentially tied in terms of dollar sales

Adhttps://n4g.com/General/Sponsored/arise
- Comments (36)+ Comments (36)
TopNewestOldest
Expand all
The story is too old to be commented.

So Switch is best selling in unit sales for December. PS5 effectively tied with Switch in dollar sales. Xbox Series X/S were second best selling (behind Switch but above PS5).

This tells us a couple things:
1. Switch sales are quite a bit higher than PS and Xbox (1.5-1.75x), since MS and Sony have much higher priced SKU's than the average Switch unit.
2. Leading sales for Xbox were probably the Series S model, otherwise Xbox Series would not be third in dollar sales while being second in unit sales.
3. Switch is best selling in unit and dollar sales for 2021 overall, with PS5 likely second very closely followed by Series X/S

Switch sales are very likely to remain competitive in 2022, though I predict certain months they will be beaten by their competitors. The first should be February or March due to Horizon: Forbidden West's launch. However, this depends on manufacturing as well.

It doesn't matter that Horizon or whatever release. PS5 has sold out every single week/month with or without games. Sales won't be higher due to Horizon because they can't produce more.

So most likely, Switch will sell most even in february.

I think that Sony plans to release a large amount of consoles for their big releases though, as is pretty common in the industry. So I think February/March Sony will produce more consoles with a bit of a drought in January or April because of it.

Thank you! I wonder how close Xbox Series was to PS5 in 2021. It seems like there was a big gap earlier in the year, but the holidays gave Series a bit of a boost.

The big boost in SX SS was because potential ps5 customers couldn’t get ahold of PS5s. This benefits their competition at the moment.

It really says very little actually. Until both PS and XB are completely not constrained by supply sales numbers only tell us how much the manufactures were able to get to market.

but the holidays gave Series a bit of a boost.

Aren't all of these Vgzhartz guesses supposed to be labeled rumors and not news?

It's not VG, this is NPD. Look at the article before commenting.

This is NPD. VGChartz is just reporting on it.

In other news, the console that people could buy readily sold more. This means nothing as long as demand doesn't outstrip supply by such a magnitude.

The switch is unstoppable.

A shame that even today, years after launch, the hardware build quality is such garbage relative to MS/Sony's hardware.

Never had a single issue with my Switch, as have many others. My PS4 from launch had controller and Wi-Fi connection problems, my Pro has a fan that sounds like a Boeing plane is taking off, and my Xbox One S needs to be hard shut off to connect back to Xbox Live/Wi-Fi every so often.

Plus there's controller drift in every controller, not just Nintendo's.

@sgt_slaughter the joycons feel like third tier Chinese knockoff gray market junk. They never solved the drift issue, and those complaints dwarf anything in the modern gaming era other than the 360's RRoD. In addition, the microSD slot is sketchy (especially the ejection mechanism which is often DOA). But really it's those controllers. It says something when the best controller for the system is made by a non-certified third party (8bitdo).

Not that surprising. Xbox sells well in the US and it makes sense for Microsoft to send more units to the US. Xbox also won a few months in the U.S. during the last generation.

After today's acquisition, I expect Xbox will be outselling Playstation worldwide in the long-run....especially if Microsoft also grabs Ubisoft and EA which are heavily rumored to be next on Phil's list.

That's quite a prediction, gonna save this comment/post for future reference...

Can you link me to these rumors?

The console available on the shelves outsold the ones not available. Also Xbox series S is available almost at every retailer and Xbox series X is also becoming available in stores. While PS5 sells out in seconds

I believe xbox will pick up steam now that Activision is also their 1st party which is huge because on yearly basis COD sells the most. Hopefully this COD doesn't get yearly release and the quality of the series goes up

I honestly don't like where gaming is going. Monopoly isn't good for consumers. But I am sure Xbox fans feel differently

Um ps5 are not on sales floors cus the scalpers but up all the stock. Regardless of gamers unable to get them it’s not like ppl aren’t getting them granted scalpers own about 65% of the ps5 that are sold. A sale is a sale. So trying to attack xbox fans is kinda weird. Lol who cares about sales unless u work for the company. If not just play what u like and stop worrying what other grown people do with there money.

''Lol who cares about sales unless u work for the company.''
People keep repeating this same nonsense, how can a company survived if they don't sell its product??
Going out of business won't get you new and great games, get it now?? The sales argument is taboo for some fanatics out there because it doesn't fit their delusional narrative...

And rightly or wrongly where does that scalped console go instantly? To a gamer. Just because scalpers are getting them doesn't mean they don't count as sold (BTW its absolutely nowhere near 65%. More like under 10%) Scalping isn't even happening in the UK now as they are only trading on ebay for retail price after fees are added in)

It's just amazing how MS spent more $$ for one publisher in one day than the entirety of consumer spending for the year. You gotta spend money to make money.

All this nonsense about people only buying SS because they are available is ridiculous..they buy it cause they wanna play the games on it.

The Wii U , was available, the Xbox one was available, but no one cared. If something sucked or had no intrest it wouldn't sell well. People are buying SX and SS because GP is a great prospect and the games are there, not simply becuz the system is available.

I bought a S today because I gave up on waiting for the X. Game Pass is nice but the reason for the tiny machine that can't run 4K on the TV I bought for my PS5 is availability.

The Xbox Series X|S is not a console. It's two completely different consoles. The Series S outsold the PS5 and Series X because it had loads of inventory sitting on shelves. Both the PS5 and the X would have sold more if they could meet demand.

They play all the same games..there is not one game on the SX that cant be played on the SS, it uses the same controller, same dashboard, same accessories..it is a different model of the Xbox 'Series'

That's like saying the PS4 pro is not a PS4..they combine the sales of the systems.

So if you went to buy a SX and they didnt have any, would you buy an SS? ...if yes tell me why please.

You both have valid points. They shouldn't be classed as the same console for sales numbers because they're very different power wise. But I also don't believe the PS4 and PS4 PRO numbers should be added together for the same reason. Xbox's strategy is to only say the numbers of the X and S combined because the S has been readily available for ages and it pads the numbers out. I'd be interested in a pure next gen numbers of the X and the 5 but they'll never tell us that

All the Good Stuff Shown at Indie Live Expo 2022

Tickets are now available for the BIG Festival 2022 event

PlayStation Store Weekend Offer Sale & Deal of the Week Kicked Off, Here's the Games and Prices