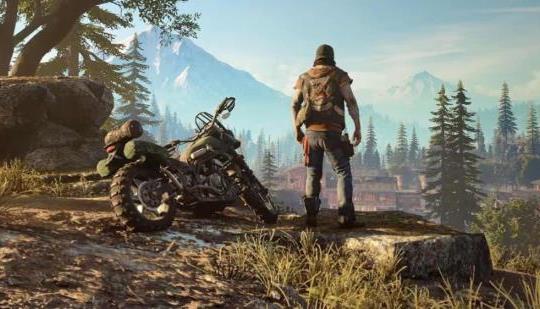 Decision-making over franchises can seem obscure, but there's usually solid logic behind such investment -- and sales are only part of the puzzle.

Ghosts is a redicously much better game than days gone, like its not even close.

Metacritic user reviews says other wise. It ain't perfect but was a solid 8.

Gamers will give a title a 10 out of merit just to support their favorite brand.

The general consensus from most reviews was it was an above average title, but not nearly of the quality of games like God of War, Spider Man, or Horizon; thus the above average but not amazing aggregate score.

Sony gave bend permission to do a new IP so that's much more riskier than a sequel. New IP's take a lot to establish

Honestly all the good executives at Sony left at least those who had a good personality. Uncle Jack, Andrew house, Shawn and many more. Jim is a suit that's all and whether he was in charge or not PS5 would be selling the same. I just hope he doesn't ruin the brand

Maybe it was an 8 but a metacritic score won't sell copies and that the whole reason companies make games is to make MONEY ! Sells is the sole determining factor in theater a game gets a sequel.

Speak for yourself friend! ;) I loved it.

My enjoyment with the game just snowballed the more hours I put in...but yeah, whilst sales picked up from good word of mouth in the first month after release the overall consensus wasn't as positive as my experience.

It came out in the wrong generation. The biker thing did not go over well with a lot of today's hipsters and then we got a wave of university people that learned some social theories in the most shallow way possible and tried to apply their misunderstandings to video games, which lead to a sizable infusion of neoliberal identity politics.

Also, the game had some strange design choices. I got halfway through the game when I started to wish Deacon would stop talking to himself. Boozer should have been the main. In my opinion, his story is deeper than the run of the mill love story we get with Deacon.

For what it's worth I enjoyed this game. The stealth "kills" offset the other things that got in the way of a dated but otherwise decent game.

I don't get this take. In Days Gone one of the primary NPCs is a lesbian and her relationship features prominently in the game.

Read the articles about Deacon St. John being a "white protagonist" (IGN, Kotaku and Polygon, I think). This alone made the "lesbian" NPC irrelevant in the minds of identity politicians. Also, the "social theory crowd" enjoys critiquing the issue where "lesbians etc" are often relegated to secondary roles and so on.

They are self-misinformed because the same crowd does nothing to change the state of actuality, which means they remove praxis from social theories they espouse, thus leading to a dramatic misunderstanding of social theories that deal with "liberation" and the things for which they fight (larp).

The self-misinformed writers added to the overall critique of the game, which affects sales. The take holds up just fine, you just don't agree with it.

@Ted (edit: I just noticed you responded to someone else)

Yeah I think this gets overlooked a lot when it comes to this game. There was a lot of hoopla about biker culture and the average white guy protagonist. It basically fell victim to cancel culture. Oh well, nothing wrong with 1 and dones!

That gets repeated a lot, but that narrative doesn't hold up.

The game sold millions. There was, like, one relevant review that even made it onto metacritic saying anything like that.
Most of the average rated reviews more touched on it being buggy at launch, monotonous gameplay loops, and an extremely slow first half of the game. They didn't dock it 3 points from perfection because "gruff white guy".

They did it because it was an average experience. People just can't deal when a 1st party title gets any less than an 8.5
If this game was a 9 or a 10, then God of War should have been a 13.

Cancel culture isn’t a thing. It’s something that rich people want you to say because they are starting to want to say what they want.

Public speech is the one thing that rich people can’t buy, so now we have to contend with cancel culture.

Regardless of everything, I thought it deserved a sequel.

I’m a university person and I liked the aesthetic. Stop creating fake sides and being a bad individualist.

Specific circumstances do not always fit general circumstances and the other way around. This is not a necessity. As a university person you should know the difference, or may be the problem runs much deeper than I previously thought.

The sides were and are not fake. They are actual in society. I didn't not give this game the Kotaku treatment. Kotaku and the like did. I would like to know how you came to the conclusion that I am an individualist or is this the misunderstood part I was talking about? I would also like to know the philosophical system you used to moralize my comment?

There are way too many issues to get into. The main one is that educational institutions, for the most part, have failed. I am a university person too and I am not offended by my comments.

People don’t seem to decide if it’s either: go woke and go broke or the SJW are hurting sales…? Maybe the game was just average, and it shows.

It was store brand Last of Us with an open world.

It's not an all or nothing proposition. Some also happens. This line of thinking is an oversimplification. I agree that it was and still is and average game. However, average experiences get 10s too. This is an issue that extends beyond gaming, and I mentioned a part of the trend.

It is both by the way SJW and the go wokers, both are inane and recationary.

Yeah, I remember reading so many silly comments in some reviews or comments by 'journos' outside the context of reviews.

They hated the biker vibe, the few characters that support the 2nd amendment, the optional hunting, the fact the protag was an angry (non-woke) white guy...hell, I even saw someone complain that the freakers were all white and not diverse enough - despite the game literally letting us know that the virus does that to their bodies the longer they've been infected.

Sadly, those people just had their knives out for it from the get go.

Days Gone for me was just an "alright" game. Gameplay was decently entertaining with hordes as the highlight, but the characters and story were pretty damn generic and uninteresting. I mean, the protagonist's name is literally Deacon St. John and for me it epitomized the severe lack of creativity overall. Basically felt like I was playing a watered-down open-world version of The Last of Us with a story not remotely as captivating.

LucasRuinedChildhood127d ago (Edited 127d ago )

The lack of creativity really stuck out compared to other 1st party games like Horizon.

The start of the story (combined with flashbacks) is a zombie outbreak with Deacon protecting a blonde, injured loved one called Sarah, and her no longer being in his life destroys him from the inside out.

[The Last Of Us theme plays]