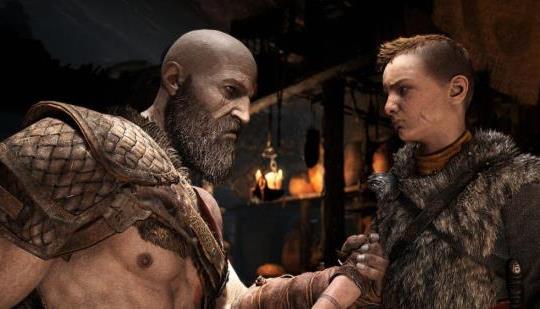 When will video games give me their sad murder mums?

From RPS: "I enjoy the sub-genre of meme about Sad Murder Dads as much as the next gal. Heck, I enjoy those lads themselves. From Kratos in God Of War, to Joel in The Last Of Us, and even less story-focused murder dads like Soldier 76, dudes rock. Successfully rehabilitated and reimagined as father figures struggling to inhabit that role and accept their emotions, in some very good games to boot. Developers who were hot young guns in the 00s are now tired middle-aged dads themselves, and as a result the art they consume and, more to the point, the art they want to make looks radically different. I'm not having a go at that; that's just life, is what that is.

But what I'm asking is, what's the mum equivalent? Because I really want to see someone give a mum story the same big budget, fun epic treatment that Kratos got in God Of War. At the same time, I also dread this coming to pass."

rockpapershotgun.com
- Comments (10)+ Comments (10)
TopNewestOldest
Expand all
The story is too old to be commented.

If your takeaway from these games is that they are sad murder "dads" then I don't know what to say, there's a insane amount of emotions that you can feel with those games, never have I played those games and thought about it as a trope for male or female or whatever, because dad or mom it won't really change much a good game is a good game, I understand there's a lot of people that care about the identity of the character more than what the character does so I think this is where this article is coming from!

This the dumbest thing I read all Day, thank you

Can someone point out to me in what way is this about Oedipus? I'm not a psychoanalyst nor do I usually read from mystics such as Freud, so I need someone to interpret this blog. A mom story would be cool by the way, but I don't understand the writing, it is isn't clear beyond "we need mom stories", which I agree.

Metroid is the game you are looking for
;)

Here we go again. Stop asking for female equivalents of everything. There are plenty of great characters and stories already, you don't need to take something already established and make a feminine copy of it. You don't need to impose male characteristics onto a female just for the sake of it. This is the type of mentality that will result in the next God of war being Goddess of war.

sad murder mom won't work because she'll get past it in an instant and start bringing alot of men home every night. Poor AI controlled child will grow on a shitty environment to become the villain of someone else's game adventure

What would be the difference? I don’t get it.

Thus Abby of War was made.