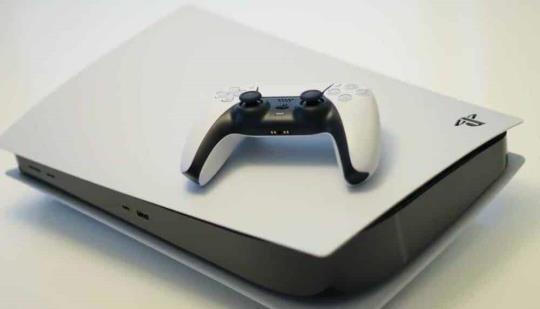 The company recently published a patent that would help increase the speed of storage at its cloud gaming servers, likely in an effort to make streaming PS5 games possible.

knowtechie.com
- Comments (18)+ Comments (18)
TopNewestOldest
Expand all
The story is too old to be commented.

Ramping up for a Gamepass competitor.

Yep and again sony has had this tech for a decade heck they purchased the company that first put it on the market but again they invited the water bowel and when its almost empty they finally decided to use there product.

Ps5 psv psp etc streaming should have been day 1 things over time with 720-4k 30/60fps features being added over the years.

4K streaming is expensive for Sony. They probably cap it to 1080p.

Yep and sony has had the onlive/gaki servers tech sense 2010 but hey a decade later there like hey lets take playstation now to other platforms...............

pretty sure 10 years ago it wouldn't have been overly viable for streaming to be pushed as mainstream on the PlayStation? Rivaling Gamepass is one thing, something sony has failed at... but streaming games 10 years ago is another beast. They bought out that company with good foresight though, as it is now something I think we can expect to see at a solid standard on all consoles tbh.

If you dig in the past onlive was going to have a tvapp and controller setup like googles service.

Sony put that in one tv lineup but then tossed it too the trash.

No, man. They're talking about Project Spartacus. If PS Now was the answer to GP then Sony wouldn't be phasing out PS Now.

That is just reskinned onlive you can stream select games over a certain hardware board and its older versions limited features with bad resolution.

Just yesterday someone showed me battlefield 4 on playstation now streaming only and it was the ps3 version no online like what? it played in native 720i LOL

Sony could be a xcloud 1-1 competitor but first too make/buy the tech and last or just abandon the tech is the sony way.

I know what it’s called. Yes you could stream games to your console. But not to pc or phone, so no it’s not a true competitor until they match gamepass, feature for feature along with pricing.

Hoping Spartacus has a bunch of old school rpgs, could almost cancel my Steam Deck pre order if that was the case since it is all I'm buying the thing for anyway.

Well of course. You can already stream ps4 games.

Maybe we will finally get Crackdown 3...

lol that little presentation they did is still cool looking...which is even funnier considering how horrible the actual game was.

After this Activision buy I'm more than ever convinced that Sony has something big planned for their own sub service.

They're probably now going to put more focus on their PSnow service with a full rebranding, offering more games and possibly (no doubt imo) day and date first party games

Not for me thanks. I'm very fortunate to have uncapped Fibre and even with 200mb down and 100mb up I still experienced lag on streamed games.