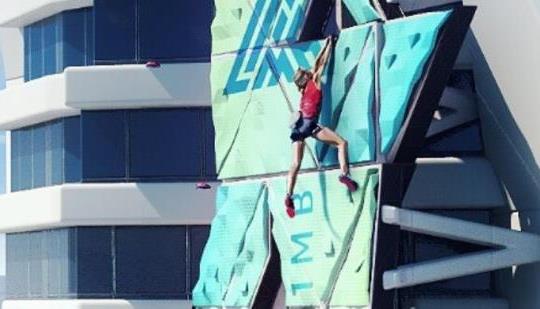 VGChartz's Lee Mehr: "Last year, VGChartz introduced Best VR Game as a new category. It was mostly inspired by the eventual winner: Half-Life: Alyx. Although this year didn't introduce us to a platform-defining experience of that caliber, VR still had a commendable year. One ongoing trend for this platform has been rock-solid ports of older iconic titles, and 2021 was no exception on that front. As the medium progresses, so too does every developer's knowhow about it. These nominees were among the best examples of that in 2021."

Adhttps://n4g.com/General/Sponsored/arise
- Comments (19)+ Comments (19)
TopNewestOldest
The story is too old to be commented.

RE4 VR is honestly a game changer for me. Getting to experience the world of that game in VR is so surreal and it’s the best version of RE4, in my opinion.

High praise! It'll be interesting to see what other old-ish games can do with VR implementation.

Lame. But then, vgchartz is a lame site with fake numbers.

How were the games nominated? Why not have categories? Why not by platforms? How were other games not even nominated at all like Song in the Smoke or Hitman?

Article just threw out some games and threw out a winner with nothing said at all about the nominations.

To the the person that disagreed, Hitman 1, 2 and 3 can be played in VR through 3. It released January 2021. It's rated higher in VR over Sniper Elite. Just as high or higher than The Climb 2 and Swarm. How can something review better but not get nominated? If RE7 is considered a top VR game with a controller, so can Hitman be considered with a controller.

It's not even nominated. Lame article but is supposed to be the best of 2021.

I mean it's just an opinion of someone who put together a list. I wouldn't take it too seriously.

It is. But did you notice something interesting? These are only games that are connected or released on Quest. No PC or PSVR nominations.

Almost as if it was a biased opinion.

@ApocalypseShadow - the list was weak. RE4 definitely deserved to be there as getting to play any Resident Evil game fully in VR is a treat. But I dunno about the other titles.

What can you gather from this? Yes. The list was weak. But extremely biased as the writer didn't play anything else on other platforms. But it's titled The Best of VR 2021. When it should be "The Best on Quest 2021."

Doesn't matter if RE4 is fun to play. It's how they chose the nominations and the winner. I'm surprised I'm the only one here that sees it.

But I know why MY opinion is ignored when I'm being unbiased in the questions.

-"How were the games nominated?"

All solid contenders are put on a list. Then, staff & community vote for their choices (50/50 influence).

-"Why not have categories?"

What do you mean? It's simply a vote about what staff & community placed as the best VR game of 2021 (as the title states).

-"Why not by platforms?"

Because neither the staff nor community has a dedicated VR following that's interested in listing out "Best Oculus/Vive/PSVR/etc." or "Best VR Adventure/Action/etc." There are other sites with bigger VR followings that are happy to compile those lists.

-"How were other games not even nominated at all like Song in the Smoke or Hitman?"

Opinions do exist. But their opinions only include Quest. How is it *THE BEST OF VR 2021* and not include other games in 2021? Only Quest related games.

He should have just stated "Best Quest VR games of 2021."

No mention of Lone Echo 2. It's better than most on their list that released on PC. Not nominated. Doesn't matter about followings and all that other nonsense.

-"But their opinions only include Quest. How is it *THE BEST OF VR 2021* and not include other games in 2021? Only Quest related games."

Wrong. The original list of candidates included all high-rated VR titles of 2021. Quest was just favored for what could be a bunch of different reasons. You can cry about "teh bias" all you want, but the VR 2020 shortlist included Dreams VR, Paper Beast, and the VR mode in Star Wars Squadrons.

-"No mention of Lone Echo 2. It's better than most on their list that released on PC."

People almost credit it being more of Lone Echo 1, so maybe it didn't click with them as much. Also, aren't you listing another Oculus game? Hmmm... a bit biased there.

OMG...
Once again, the higher-rated VR titles of all platforms across last year are put into a vat together. Quest games won out according to staff and community voting. Like, I get it, you believe some unmentioned games got shorted. But that's the nature of these lists with a limited amount of slots.

Wrong. It is you that can't see through your own bias of my comments. Where's the original list they compiled that came down to these choices? You're just upset that I'm right. It's no coincidence that all titles are related to Quest. There isn't a Sony game I'm defending as Sony didn't release a game.

If you have the original list of games, show it. Link it. It's not in the article. But you keep saying it. Do you work for vgchartz? Nothing in the article states anything you said.

-"Where's the original list they compiled that came down to these choices? You're just upset that I'm right."

No. I'm annoyed that you're wrong still pretending you're right. The OG thread & poll were closed down once voting came to an end on Jan 2.

-"There isn't a Sony game I'm defending as Sony didn't release a game."

Cool story. Regardless of what you are/are not defending, my link is still proof that this award list isn't reserved for Quest games - or whatever conspiracy you're trying to spin. It's just what staff and community favored this year.

-"Do you work for vgchartz? Nothing in the article states anything you said."

I'm a writer there! I've literally contributed to amassing the early candidate lists for years now; moreover, any potential ones we may overlook for any category can be personally requested by any user when the voting thread is up.

The two above believe that because it was an "opinion," it can't be challenged. Even though better games in VR came out.

And if you look at the list closely, they're Quest picks. Basically excluding every other platform even if cross release like Sniper Elite which was the only one. Maybe Swarm.

So, it begs the question, what headsets or should I say, *HEADSET* was he using?

Except neither of us said it couldn't be challenged. You didn't come in here just to say "this list is underwhelming" or whatever. You dragged in baggage about sales numbers, tied in some bad-faith assumptions about the process, and also criticized the list. Don't smuggle in so much other stuff and then pretend "it's just criticism."

-"So, it begs the question, what headsets or should I say, *HEADSET* was he using?"

Literally what is this? I just told you above how this goes: pool of nominees (maybe around 15-ish top-rated VR titles) filtered down into the top 4 based on a 50/50 split influence between staff and users.

Show me where I mentioned sales numbers? Now you're just lying coolbeans and putting words in my mouth. Go look above and paste where I said sales numbers. Paste it now. I did not.

Your first comment 8 hours ago: "Lame. But then, vgchartz is a lame site with fake numbers."

You were poisoning the well right out of the gate. Don't pretend you were only airing criticism.

-"How are we to see how they came down to those four Quest games? How are we to know what headsets they played? There's nothing there in the article."

I answered some of these above. About knowing what headsets they played with? I mean... our EiC doesn't keep a track of what staff and users do like some surveillance team. Anyone can leave poll answers blank for genres or platforms they haven't tried. This isn't rocket science.

I never said it couldn't be challenged, don't put words in my mouth. I simply said it was one person's opinion. I guarantee you if you find another article with Best of VR you will see a list of entirely different games.

Don't get so worked up over something so trivial.