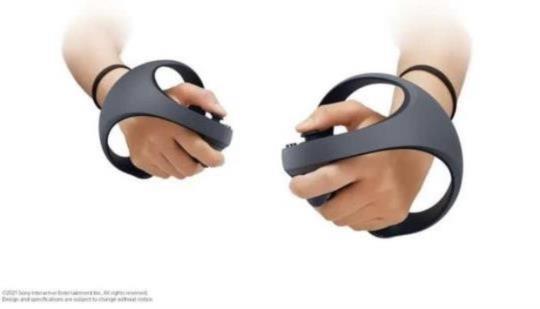 PSVR 2 - Will It Take VR Gaming To AAA Levels?

COG writes: Does the PlayStation VR 2 have what it takes to bring VR gaming to AAA levels? Let's take a look at what we know.

cogconnected.com
- Comments (39)+ Comments (39)
TopNewestOldest
Expand all
The story is too old to be commented.

Agreed. The specs of the headset combined with the power of PS5 + foveated rendering combined with eye tracking = massive leap forward.

Sony already spoke of their hybrid AAA gaming plans - and now we know they have the tools to deliver.

The tech sounds amazing to be fair, im more curious about the cost ps vr 1 cost about 700 here in australia and id be very suprised if this doesnt cost more.

I never purchased the original but just of the tech it sounds like sony has nailed this and with new studios aquisitions i think itll have great content also, i just hope its 700 or under however unlikely that may be

Why do people keep thinking this will cost higher than one with a computer and storage built in?
It will not cost more than a ps5 ($500) and Im fairly certain they will release at $400.

The only thing that could make pricing interesting is if they make it compatible with pc. In that case it could be higher priced.

Can we get a browser that streams video?
Asking for a friend.

Lol, of course you are

Or a cinema mode that we never got for psvr.

The original PSVR already did with several full length AAA titles but obviously the improved fidelity of PSVR2 will only further push the medium to new heights.

True. Most people don't realise that not only did Skyrim and RE7 were full VR, but there was also Doom 3 and Borderlands 2 and wipeout

Blood and Truth, Farpoint, Moss, and Astro I would also call AAA.

It will be phenomenal

It definitely has the ability to, hopefully Sony gives it the support it deserves.

Yup and tripleA vr games like god of war,RE8,batman vr2, just to name a few

A step closer for sure but another gen away imo VR3

Imagine if people said that when we got pixelated 3D for the first time. Lol

Some believe that PS1 and PS2 shouldn't have existed and Sony should have started or jumped to PS3. Which wouldn't make any sense. Same with modern headsets. It's only ready when it's glasses, wireless and looks real.

VR is here now across PC, mobile and console. But it still gets, "it's not there yet." Basically this
https://preview.redd.it/pt5...

Lol that is so right on the money.

70% of people who fart and watch SpongeBob SquarePants thats who 😂😂😂

I remeber the same comment last gen, except back then the claim was “less than 1% care” In the meantime I enjoyed the heck out of the games that I did play on VR.

Looking forward to the unveiling, hopefully in the next couple of months.

As others have said above, OF COURSE IT WILL.

If the hardware launches as stated, it will vault over most if not all the best headsets. Very few high end headsets have eye tracking or any games taking advantage of it. We know Sony will take advantage of it. Same with HDR. Same with headset rumble.

Sony's Sense haptics are not found on any other controller. With Dual Sense being a hit, it too will dominate the immersion factor for controllers.

Sony's sound engine in PS5 has already wowed gamers in flat games like Returnal. That's going to be standard in the top games of PSVR 2. PSVR 1 has 3D sound. But Tempest will dwarf that sound.

Sony's in-house developers are some of the best and have been awarded for their efforts. It's expected that they will continue their success. And with 3RD Party connections, we can expect a high level of games from them too. PC and mobile don't have that level of expertise. But they'll benefit from Sony's push for high quality as developers release across platforms. PSVR 2 only helps them because there's a drought of high quality games.

Sony's high tide will raise all boats. But you're going to have to pay for that quality. It's not going to be cheap. Hybrid games or not. Expect $40-70 dollar high end games.

yes and no. It will take console VR to another level, but unless the devs put in the work, then the answer will always be a grey area.

Not even close to true. You may as well call the original Nintendo "just a gimmick". The hardware is improving. When done right, games benefit substantially from VR. Play Half Life Alyx from start to finish and see if you still consider VR to be a gimmick. If everyone thought the way you do about the very first gaming consoles, we wouldn't have PS5 of Xbox series X or gaming pc today.

I think the controller is gonna change a lot for PSVR players. Having L3 and R3 will make all the difference in game play. You can technically play any style of game with those additions

The tech seems impressive but I might be one of the few gamers that have 0 interest in VR.

If it's not wireless I don't care.

We have Half life alex that game is AA A

I need more games like Moss. I like the implementation of a god-like presence interacting with the world set in a traditional game environment

Agree 0Disagree 0
▼✖-+
SPAMInappropriate
Show all comments (39)
The story is too old to be commented.
30°

Dev: PS VR2 Controllers Could Be the Best in This Generation; Foveated Rendering Is a Smart Addition